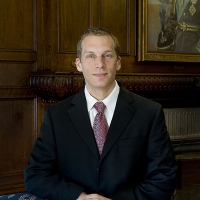 Adam Chapnick is the deputy director of education at the Canadian Forces College and an associate professor of defence studies at the Royal Military College of Canada.

Adam Chapnick is the deputy director of education at the Canadian Forces College and an associate professor of defence studies at the Royal Military College of Canada.

He holds a BA (Honours) from Trent University, an MA in International Affairs from Carleton University, and a PhD in History from the University of Toronto. He joined the Canadian Forces College in 2006 and currently teaches courses in Canadian governance and strategic decision-making and Canadian foreign policy and supervises theses on Canadian foreign and public policy and international security. He also plays a leading role in drafting and implementing the College’s teaching and learning vision and strategies.

Outside of the college, he teaches and speaks about Canadian foreign policy and international security issues across the greater Toronto community. He also leads regular teaching and learning workshops on student assessment, course design, and succeeding in the academic job market.

Among his five written or edited books, Canada’s Voice: The Public Life of John Wendell Holmes (2009) and The Middle Power Project: Canada and the Founding of the United Nations (2005) were shortlisted for the annual Dafoe Prize, recognizing the best book on Canada or Canada and the world. He is the author of the award winning articles “The Gray Lecture and Canadian Citizenship in History” (2009), “Peace, Order, and Good Government: The ‘conservative’ Tradition in Canadian Foreign Policy” (2005) and “The Canadian Middle Power Myth” (2000), as well as over 30 other academic essays and book chapters on historical and contemporary issues in Canadian foreign relations, Canadian-American relations, and teaching and learning. In 2011, RMC awarded him the John Scott Cowan Prize for Research Excellence.

He is also a regular commentator in the national media. His opinion editorials have been published in the National Post, the Toronto Star, the Ottawa Citizen, the Calgary Herald, and the Embassy. He has appeared as a foreign policy expert on Canada AM and CBC radio.

He continues to study the historical and contemporary role and impact of Canada and Canadians in world affairs as well as methods and means of enhancing the teaching and learning process at the post-secondary level.