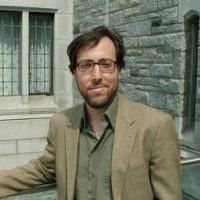 Jacobs' first book, Governing for the Long Term: Democracy and the Politics of Investment (Cambridge, 2011, winner of the APSA award for the Best Book in Comparative Politics; the APSA award for the Best Book Developing or Applying Qualitative Methods; and the IPSA prize for the Best Book in Comparative Policy and Administration), examined how democratic governments manage long-term policy issues. This book and related articles have sought to understand the conditions under which elected governments are willing to impose short-term costs on their constituents in order to invest in long-term social benefits. Jacobs' research, further, seeks to identify the ways in which the politics of intertemporal policy choice relates to and differs from the politics of cross-sectional redistribution.

In related research (with J. Scott Matthews), supported by grants from the Social Sciences and Humanities Research Council and the UBC Hampton Fund, Jacobs is engaged in survey-experimental work designed to illuminate how citizens reason about policy tradeoffs, including tradeoffs between present and future. This work has investigated questions such as: Do citizens discount longer-term policy consequences? If so, why? Under what conditions are citizens are willing to pay short-term costs in exchange for long-term policy benefits? An important focus of this work has been on the role of uncertainty in citizens' reasoning about the future: the degree to which citizens' believe that they will receive the benefits that governments promise them. His experiments have explored the effect of political trust and political institutions on citizens' willingness to exchange short-run pain for the promise of long-term gain..

Alongside his interest in the politics of the long term, Jacobs has also written on the role of ideas and cognitive structures in shaping political decision-making. Some of his current work examines methods of process-tracing appropriate for studying the causal effect of ideas in politics.

Jacobs' prior work has focused on the comparative politics of health-care reform and on decision-making in the European Union. He was a lecturer (1994-96) in the School of Social Sciences at the University of Bath, UK.