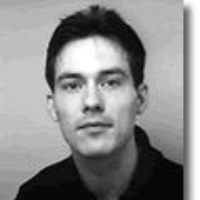 Since 2001 he has been a faculty member at the Department of Electrical and Computer Engineering at the University of Alberta, and currently holds the rank of Associate Professor. From 2009 to 2010 he was a Visiting Professor and Alexander von Humboldt Research Fellow at the Instituts fuer Systemtheorie und Regelungstechnik (IST) at the Universitaet Stuttgart (directed by Prof. Dr.-Ing. Frank Allgoewer).

Dr. Lynch is a member of IEEE and the Association for Unmanned Vehicle Systems International (AUVSI). He is a Professional Engineer in the province of Alberta and an Associate Editor of Control Engineering Practice (Elsevier) and the International Journal of System Science (Taylor and Francis).

My main research area is Control Systems. In particular, I investigate the application and theory of nonlinear control for finite- and infinite-dimensional systems. This research addresses the broad problem of analyzing, predicting, and influencing systems accurately described by nonlinear dynamics. Research projects are often motivated by specific electromechanical system applications and primary objectives include derivation of control theory which leads to mathematically well-founded robust performance.