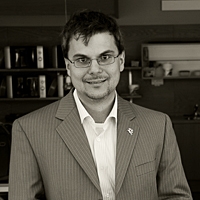 Associate Professor in the Department of Political Science and Economics at the Royal Military College of Canada, and cross-appointed to the Department of Political Studies and the School of Policy Studies at Queen's University where he is also a fellow of the Institute of Intergovernmental Relations, the Queen's Centre for International and Defence Policy, and the Chair in Defence Management Studies, Christian Leuprecht's research priorities include national security and defence policy, political violence/terrorism, the political, economic, security, social and cultural implications of demographic change, horizon scanning of emerging security threats, civil-military relations, federalism and intergovernmental relations, dynamics of ethno-national conflict, and comparative constitutional politics. He holds a Ph.D. from Queen's University (2003), and earned graduate degrees in Political Science (1998) and French (1999) from the University of Toronto as well as the Institut d'études Politiques at the Université Pierre-Mendés France in Grenoble (1997).

Leuprecht has been a visiting professor at the University of Augsburg in Germany (2011) and the Swedish National Defence College (2009), the Bicentennial Visiting Associate Professor in Canadian Studies at Yale University (2009-2010), and a research fellow at the Austrian Institute for European and Security Policy (since 2010), the Solomon Asch Center for Study of Ethnopolitical Conflict at the University of Pennsylvania and Bryn Mawr College (2003), the World Population Program at the International Institute for Advanced Systems Analysis in Vienna, Austria (2002), and at Social Sciences and Humanities Research Council of Canada as doctoral (2001-2003) and post-doctoral fellow (2003-2005).

Leuprecht is associate editor (political science) of the Policy Studies Series imprint at McGill-Queen�s University Press. He consults several governments and their respective departments of matters of national security and horizon scanning and has conducted fieldwork in Canada, the United States, Mexico, Germany, Sweden, France, the Netherlands, Italy, Bosnia-Herzegovina, Mauritius, India and Singapore. His publications have appeared in English, German, French, and Spanish, and include seven books as well as over 40 scholarly articles and book chapters. He is a frequent commentator in national and international media.