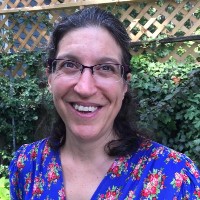 Dr. Caruso is an evolutionary biologist interested in the mechanisms and causes of natural selection in wild plant populations. Caruso's research currently focuses on three projects:

1) The evolutionary ecology of cytonuclear interactions: Interactions between cytoplasmic and nuclear gen...

Dr. Caruso is an evolutionary biologist interested in the mechanisms and causes of natural selection in wild plant populations. Caruso's research currently focuses on three projects:

1) The evolutionary ecology of cytonuclear interactions: Interactions between cytoplasmic and nuclear genomes have significant consequences for the fitness of all eukaryotes. Understanding why the frequency of interacting cytoplasmic and nuclear genes varies among populations is important because these interactions can contribute to the evolution of hybrid incompatibilities. In collaboration with Andrea Case (Kent State University), Caruso is studying the most common cytonuclear interaction in flowering plants, between mitochondrial genes that disrupt pollen production (cytoplasmic male sterility genes (CMS)) and matching nuclear genes that restore it (nuclear male fertility restorers (Rf)). Caruso and Case have been testing the prediction that there is a fitness cost of carrying nuclear male fertility restorers ('cost of restoration'). If this fitness cost prevents restorers from spreading to fixation in some species, then plants will produce either female or hermaphrodite flowers, a breeding system known as gynodioecy. They found that gynodioecious populations with a high cost of restoration contain more female plants, supporting the prediction that this fitness cost is a key determinant of variation in the frequency of nuclear male fertility restorers. They plan to test whether the cost of restoration can also explain the distribution of nuclear male fertility restorers in non-gynodioecious species, and thus whether CMS/Rf incompatibilities contribute to the evolution of reproductive isolation in angiosperms. Funding: US National Science Foundation and the National Evolutionary Synthesis Center

2) The limits to phenotypic evolution: Some trait combinations evolve repeatedly, while other trait combinations evolve rarely or not at all, suggesting that there are limits on phenotypic evolution. However, these limits are rarely identified. In collaboration with Hafiz Maherali (University of Guelph), Caruso has been using artificial selection to test whether genetic constraints or natural selection limit the joint evolution of photosynthesis and transpiration. Caruso and Maherali are studying these correlated traits because they are key determinants of growth and reproduction in plants. Caruso and Maherali found that plants in their selection lines evolved novel combinations of photosynthesis and transpiration, suggesting that the evolution of these traits is not limited by a lack of genetic variation. They now plan to use their selection lines to test whether the evolution of photosynthesis and transpiration is instead limited by natural selection against individuals with novel trait combinations. Funding: NSERC

3) The causes of natural selection: Although more than 5000 estimates of natural selection have been published, the biotic and abiotic factors that cause traits to be associated with fitness are often not identified. Identifying these factors is important because the relationship between traits, fitness, and the causes of selection can be used to predict how organisms will adapt to the novel environments they encounter during range expansion or periods of global environmental change. To determine the relative importance of different causes of natural selection and how they interact to affect fitness, Caruso has been estimating selection on floral traits exerted by antagonistic herbivores vs. mutualistic pollinators. Caruso found that seed predators exerted selection on floral traits, suggesting that these traits are in part adaptations to reduce the fitness costs of antagonistic interactions. However, she also found that herbivores and pollinators selected for similar floral traits, suggesting that antagonistic interactions will not constrain adaptation to mutualists. As part of a working group at the National Evolutionary Synthesis Center, Caruso is currently using meta-analyses to extend these conclusions about the relative importance of different causes of natural selection to a wider range of taxa and traits. Funding: NSERC