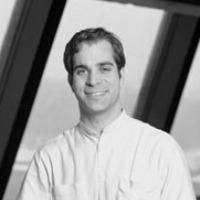 In the last months of operation of the world's largest electron-positron collider (LEP - Geneva, Switzerland), experimental high-energy particle physics confronted tantalizing hints for the existence of the Higgs field. The Higgs field is believed to be the central component responsible for givi...

In the last months of operation of the world's largest electron-positron collider (LEP - Geneva, Switzerland), experimental high-energy particle physics confronted tantalizing hints for the existence of the Higgs field. The Higgs field is believed to be the central component responsible for giving the elementary particles their masses and in turn imposes the energy scales and physical properties of the known matter that fills the Universe. Without the Higgs mechanism, we lose our ability to describe the fundamental physical laws at the energy scale of the Large Hadron Collider (LHC). With the data collected at the LHC in 2012, we expect to definitively rule out or discover the Higgs boson. In the absence of a Higgs boson, the LHC data is expected to uncover deviations from Higgs-based theories, and we will experimentally hunt for new theories that describe the true underlying physics that governs the Universe.

One of the most important legacies of the LEP physics program is the combined Higgs search data for which our group held a leading responsibility for the analysis and interpretation of the results. The Higgs field properties are also constrainted from precision electroweak measurements. The LEP data has narrowed the allowed search range for the lightest Higgs boson to less than 200 times the proton mass. This data is improved with the measurements of the top quark and W mass at the Tevatron collider at Fermilab, limiting the Higgs boson mass to below 145 GeV. Our group made leading contributions to the precision on the measurement of the top mass quark at the Tevatron.

The Compact Muon Solenoid (CMS) is one of the experiments at the LHC and in high intensity operation of the LHC sees nearly a billion proton-proton collisions per second. Only a minute fraction of these particle interactions contains the physics of mass generation. One of the main responsibilities of our group working on CMS is to trigger the experiment to record events that have a final state compatible with a low mass Higgs boson decay into two photons. The CMS trigger system must tackle the extreme collision rates of the LHC and efficiently select out the prized Higgs boson events. Our group is also exploring a wide range of high mass new physics signatures expected at the energy frontier.

Princeton University provides unique opportunities for research and analysis in particle physics. The PICSciE computing and high speed network connectivity to CERN makes it possible to analyze tens of TeraBytes of data collected by the CMS experiment with the latest software and online trigger configurations. At Princeton, we have a number of experimental labs on-campus and an Elementary Particles laboratory hosted at PPPL for detector development. The group is actively involved in the upgrade of the CMS hadron calorimeter photodetectors and front-end readout. We are also developing new experiments in collaboration with PPPL to detect the cosmic neutrino background with an experiment known as PTOLEMY (Princeton Tritium Observatory for Light, Early-universe, Massive-neutrino Yield).