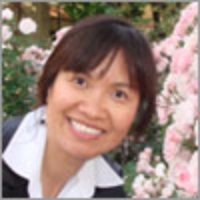 Dr. Chunjuan Nancy Wei received her Ph.D. in political science from Claremont Graduate University in Southern California. She holds four other advanced degrees in public administration, public policy, international relations, and the English language from universities in the United States and Chi...

Dr. Chunjuan Nancy Wei received her Ph.D. in political science from Claremont Graduate University in Southern California. She holds four other advanced degrees in public administration, public policy, international relations, and the English language from universities in the United States and China. She is a recipient of the Fulbright Fellowship (2014-2015), Chiang Ching-kuo Foundation Scholarly Exchange Research Grant (2010), and a fellow of the UB Center of Learning and Teaching Excellence (2011). Professor Wei teaches courses in the M.A. East Asian and Pacific Rim Studies (EAPRS) and the B.A. International Political Economy and Diplomacy (IPED) programs.

Dr. Wei has published on the South China Sea disputes, U.S.-China relations, East Asian political economy, and cross-Taiwan Strait politics in such journals as the Harvard Asia Quarterly, Yale Journal of International Affairs, Journal of Global Development and Peace, and the Southeast Review of Asian Studies. Her recent publications include book chapters in New Dynamics in East Asian Politics: Security, Political Economy and Society (2012), Entrepreneurial and Business Elites of China: The Chinese Returnees who have Shaped Modern China (2011), and Alliance Curse: How America Lost the Third World (2008). She also co-edited the book Mr. Science and Chairman Mao's Cultural Revolution: Science and Technology in Modern China (2013), recently published with acclamations from leading scholars and Choice Review. She was interviewed by the Irish Moncrieff Show in December 2012 on the Mr. Science book. She received the distinct honor of being selected as a participant in the Summer Symposium on Strategic Studies sponsored by the Merrill Center for Strategic Studies of Johns Hopkins University. Dr. Wei was also invited by Connecticut College to brief representatives of the Vietnamese Ministry of Foreign Affairs on China's East Asian foreign policy. She has served as English-Chinese interpreter and translator, and has studied Korean, Russian, and Japanese.

Dr. Wei is Faculty Adviser to the UB Chapter of Sigma Iota Rho, the National International Studies Honor Society. She has participated in forums on international development and global governance held at the United Nations in New York and at the World Bank headquarters in Washington, DC. Her belief of good governance can be expressed in Confucius' saying:
"Good government obtains when those who are near are made happy, and those who are far off are attracted." (jin zhe yue, yuan zhe lai). Dr. Wei is the recipient of a Fulbright Scholarship to focus on PRC-Taiwan Cross Strait relations.