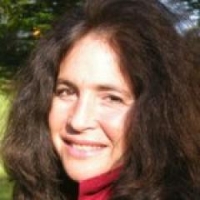 Prof. Brodsky earned her B.A. in Comparative Literature magna cum laude from Harvard, where she studied with Octavio Paz, Dorrit Cohn, Elizabeth Bishop, Roberto Unger, Robert Fitzgerald, Juan Marechal, and William Alfred, and was awarded a de Karman Fellowship for Outstanding Achievement in the Humanities. She received a German Govt./DAAD Fellowship for postgraduate study in German philosophy and literature at Freiburg, i. Br., and subsequently taught German and co-wrote a syndicated educational English-Portuguese language series for the Carlos Chagas and Ford Foundations in São Paulo, Brazil. She earned her Ph.D. with distinction in Comparative Literature from Yale, where she studied with Paul de Man, Peter Demetz, Frederic Jameson, Geoffrey Hartman, Jacques Derrida, Thomas Greene, J. Hillis Miller, Harold Bloom, and Peter Brooks, and was awarded a Darling Fellowship for Excellence in the Humanities, Danforth and Whiting Fellowships, and a DAAD Fellowship to study Goethe with Wolfgang Frühwald in Munich. She taught literature and language in the Yale English and German Depts. and Intensive Portuguese at the Yale Summer Language Institute while a graduate student; appointed Asst. Professor of German at Yale in 1984, she was recruited the same year to join the Dept. of Comparative Literature at Princeton, where she has taught since 1985.

While at Princeton she was elected Directeur de Programme at the Collège International de Philosophie, Paris, received the Elias Boudinot Bicentennial Prize Preceptorship, Humboldt Faculty and Howard Fellowships, taught as Guest Professor in the Stanford German Dept., and was an invited Senior Fellow at the Institute for Advanced Studies of the Albert-Ludwigs Universität, Freiburg. She has served on the Executive Committees of the MLA Divisions in “Comparative Studies in the Nineteenth-Century and Romanticism,” “Philosophical Approaches to Literature,” “Comparative Studies in Eighteenth-Century Literature,” “Interdisciplinary Approaches to Society and Culture,” and “Literature and the Other Arts” and been a frequent participant and organizer at ASECS, ICLA, and Goethe Society conferences.

Prof. Brodsky has advised over forty PhD students to date, including students in the departments of Comparative Literature, German, Spanish and Portuguese, and the School of Architecture. For a list of completed dissertations she has advised, please see her curriculum vitae.