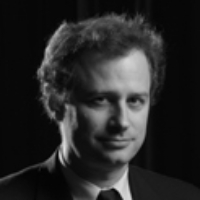 His book on the history and social meaning of twentieth-century popular music, Interpreting Popular Music (Cambridge University Press, 1995; reprint University of California Press, 2000) was a finalist for an ARSC book award. His collection of annotated source readings, The Pop, Rock, and Soul Reader: Histories and Documents (2005), has recently been published by Oxford University Press, and he is currently working on a book examining the relationship between genre and identity in 20th-century popular music.

In addition to his research activities, Professor Brackett is active as a composer. His composition teachers include Karel Husa, Steven Stucky, Yehudi Wyner, Robert Ceely, and David Cope. His works have been widely performed, including performances at meetings of the Society of Composers, the Pittsburgh New Music Festival, the Syracuse Society for New Music, the Cornell Contemporary Chamber Players, and Chiron New Music. Awards include fellowships to the Yaddo Artist’s Colony and the Pittsburgh New Music Festival, a grant from the National Endowment for the Humanities, two grants from the Cornell Council for the Performing Arts, three grants from Meet the Composer, and most recently, the New Music Delaware Award (2000); he was also nominated for one of the annual awards granted by the American Academy of Arts and Letters in 1996. As a performer, Professor Brackett was active for many years as a guitarist, playing jazz, popular, and classical music, including a stint in the 1980s with Western Swing legend, Dave Stogner.

Brackett has been invovled in a number of academic organizations. From 1998 to 2000, he served as President of the U. S. branch of the International Association for the Study of Popular Music (IASPM), following a turn as Secretary-Treasurer from 1995 to 1998. He participated as a member of the council for the American Musicological Society, and on a number of committees for the Society for American Music. At McGill, he is currently Chair of the Department of Theory, the branch of the Schulich School of Music that includes the academic and research areas of the Faculty (history, theory, composition, education, sound recording, music technology, musicianship).