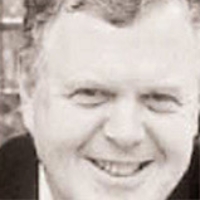 After a career that saw him teach at Harvard, the University of Prince Edward Island, Smith College, Mount Holyoke College, and UMass Amherst, Staines is now a professor of English at the University of Ottawa. Staines specializes in three particular areas: medieval, Victorian and Canadian literatures, with particular interest in the relationship between literature and its social context.

He is particularly active in the field of Canadian studies, for example, as editor of the scholarly Journal of Canadian Poetry since 1986 and general editor of McClelland and Stewart's New Canadian Library series since 1988. He has published a number of major essay collections, including The Canadian Imagination (1977), a book that introduced Canadian literature and literary criticism to an American audience, as well as studies on Morley Callaghan and Stephen Leacock.

Staines was awarded the Royal Society of Canada's Lorne Pierce Medal in 1998. He was also member of the jury for the Giller Prize in 1994, 1995, 1996 and 2003. In 2005, he was made a Fellow of the Royal Society of Canada. In 2011, he was awarded the Order of Ontario for helping to establish the Giller Prize, Canada's highest award for fiction, and the Charles Taylor Prize for Literary Non-Fiction. In 2011, he was made a Member of the Order of Canada "for his contributions as a champion of Canadian literature and mentor to young writers."