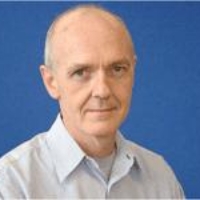 Much of the recent research of my students, colleagues, and I concerns the evolution and neurobiology of memory and spatial orientation. Work with food-storing black-capped chickadees and brood-parasitic brown-headed cowbirds examines spatial memory and the functional ne...

Much of the recent research of my students, colleagues, and I concerns the evolution and neurobiology of memory and spatial orientation. Work with food-storing black-capped chickadees and brood-parasitic brown-headed cowbirds examines spatial memory and the functional neuroanatomy of the avian hippocampus. Chickadees, nuthatches, jays, and other food-storing birds make thousands of concealed food caches and retrieve this hoarded food by remembering the locations of their caches. Female brown-headed cowbirds find potential host nests, remember their locations, and later lay their own eggs in these nests. Research with these birds is based on the idea that learning and memory consist of adaptive specializations for specific behavioural tasks, like food storing and brood parasitism. By examining the brain and behaviour of these birds we can observe how evolutionary change in memory and other cognitive functions occurs, and observe the relation between evolutionary change in behaviour and evolutionary change in the brain.

Neurogenesis in the Avian Hippocampus

Collaborative research with Anders Brodin of the Department of Theoretical Ecology, Lund University, Sweden is using imaging techniques to examine seasonal change in the hippocampus of food-storing birds and neural network modeling to the determine the influence of new neurons on adult neural networks. Supported by the Crafoord Foundation through the Brain, Mind and Behaviour group, Lund University.

Female cowbirds search for host nests but males do not. Our previous research showed that female brown-headed cowbirds have a larger hippocampus than males, a sex difference not found in other closely-related blackbirds. Ph.D. student Sara Lattanzio is examining the cognitive consequences of this sex difference in the brain, using touch screens to present female and male cowbirds with a variety of cognitive tasks that may depend on hippocampal function.

Time is an abstract dimension that nevertheless influences a vast range of behaviour and cognitive processes. Many insect pollinators, for example, feed on nectar sources that vary in availability over time. Michael Boisvert, PhD, examined whether bumble bees are sensitive to the time intervals at which nectar is available. This research showed that bumble bees readily learn the duration of short time intervals in the seconds to minutes range, the first demonstration of interval timing by any invertebrate. Bumble bees were able to estimate the duration of time intervals with an accuracy comparable to that of birds and mammals and were able to respond appropriately to different time intervals that were in force simultaneously. The discovery of interval timing ability by bumble bees indicates that even relatively simple nervous systems can accurately measure the passage of time.