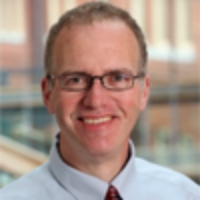 At Queen’s, he has taught either strategy, strategy implementation, or global strategy in the undergraduate programs and in all of the MBA programs. As a researcher, Professor Reid specializes in studying intercompany alliance dynamics and large alliance evolution, drawing on an extensive single-industry database that he has compiled. He also has a research interest in cross sectoral partnering and pedagogy in management.

Among other places, Professor Reid’s research has been published in the International Journal of Management Reviews, and other work is presently under review at Financial Times Top 40 list academic journals. He has written a chapter on alliances for the book Managing for Success and also for the international magazine CIO Insight. Professor Reid has also written multiple op-ed columns on strategy issues for the Globe and Mail and the National Post, and has been extensively quoted in the international media on business alliance and other strategic management subjects. He has written several teaching cases, some of which have received national awards for excellence.

In 2005, Professor Reid was appointed as Distinguished Faculty Teaching Fellow in recognition of his accomplishments as an instructor in Queen’s programs and ongoing interest in improving the teaching of business. As such, he is presently investigating the application of problem-based learning techniques to teaching business in Canada.

Prior to entering the academic world, Professor Reid was vice president of an international consulting firm, handling corporate issues management in their Toronto and Ottawa offices. He has also worked for a former Premier of Ontario and as a Chief of Staff to a provincial Cabinet Minister. In 1990 Professor Reid founded a consulting company – still active - whose clients were drawn primarily from Canada’s technology industries.

Professor Reid recently concluded six years of service as a director of an Alberta-based energy company, and is also an active advisor to companies in Canada and the US.