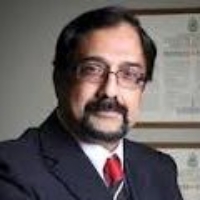 Professor Mendes completed his term as Director of the Human Rights Research and Education Centre on June 30, 2001, and returned to full-time teaching in the Common Law section. He had been Director of the Centre since 1993. The Centre is the oldest University-based bilingual human rights researc...

Professor Mendes completed his term as Director of the Human Rights Research and Education Centre on June 30, 2001, and returned to full-time teaching in the Common Law section. He had been Director of the Centre since 1993. The Centre is the oldest University-based bilingual human rights research and education institution in Canada. As Director of the Centre, he was the Project leader for human rights, governance and justice projects in China, Thailand, Indonesia, Brazil, El Salvador, Sri Lanka and India.

Professor Mendes is a frequent speaker and media commentator on international business ethics, constitutional and human rights topics across Canada and the world and has lectured on these topics in the United States, Asia and Latin America. He has been invited to present numerous briefs to the Parliament of Canada and has acted as an adviser to the government of Canada in these areas.

Professor Mendes has also been an adviser to several of Canada’s largest corporations and worked with leading private sector companies and associations to establish an International Code of Ethics for Canadian Businesses, which was endorsed by former Canadian Foreign Affairs Minister Lloyd Axworthy on September 15, 1997. In 1999, in recognition of his work on business ethics in Canada, the Office of the Secretary General of the United Nations appointed Professor Mendes as an adviser on how to encourage the world’s largest multinationals to promote a global compact on social responsibility in their global operations.

Professor Mendes has taught, researched, consulted and published extensively in the area of International Business Law and Ethics, Constitutional Law and Human Rights Law. He is Editor-in-Chief of Canada’s leading constitutional law journal, The National Journal of Constitutional Law. He is the author or co-editor of five books, including the landmark constitutional law text co-edited with Senator G. Beaudoin, The Canadian Charter of Rights and Freedoms, 3rd Edition, Carswell, 1996 and the internationally recognized texts, Towards a Fair Global Labour Market: Avoiding the New Slave Trade, Rutledge, New York and London, 1999, co-authored with O. Mehmet and R. Sinding, and Democratic Policing and Accountability: Global Perspectives, Ashgate, U.K., co-edited with a team from the Human Rights Research and Education Centre. In 2003, he published the co-authored text with Professor Ozay Mehmet titled ' Global Governance Economy and Law, Waiting for Justice' Rutledge, 2003. This text has been widely read and distributed around the world. His latest publication, based on his work at the International Criminal Court during his sabbatical in 2009 is title "Peace and Justice at the International Criminal Court, A Court of Last Resort" Edward Elgar Pubications, 2010.

Since 1979, Professor Mendes has taught at Law Faculties across the country, including the University of Alberta, Edmonton from 1979 to 1984, the University of Western Ontario, London, Ontario from 1984 to 1992 and the University of Ottawa from 1992 to present. He was a visiting Professor at the Faculty of Law, McGill University and the Université de Montréal in 1992. He was appointed in 1995 to a two-year term as a member of the Human Rights Tribunal Panel. He was re-appointed in 1997. He also has extensive experience as a Human Rights Adjudicator under the Ontario Human Rights Code. In 2005, he was appointed by the former Prime Minister of Canada, Paul Martin to the position of Senior Adviser in the Privy Council Office, Government of Canada. In that position he advised on diversity in the pubic service of Canada, human rights and national security.