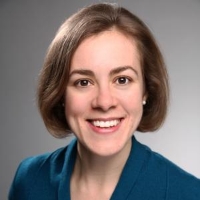 I am an historian of imperial Russia, with a special interest in nineteenth- and early twentieth-century politics, culture, and ideas. My work explores how Russia's peculiar political institutions—and its status as a multiethnic empire—shaped public opinion and political cultures. It also interro...

I am an historian of imperial Russia, with a special interest in nineteenth- and early twentieth-century politics, culture, and ideas. My work explores how Russia's peculiar political institutions—and its status as a multiethnic empire—shaped public opinion and political cultures. It also interrogates Russia's relationship with the outside world, asking where the Russian experience belongs in the broader context of European and global history. In addition, I am interested in the theory and practice of the digital humanities.

My first book, Children of Rus’: Right-Bank Ukraine and the Invention of a Russian Nation, was published by Cornell University Press in 2013. Children of Rus' argues that it was on the extreme periphery of the tsarist empire—a region that today is located at the very center of the independent nation of Ukraine—that Russian nationalism first took shape and assumed its most potent form. The book reconstructs how nineteenth-century provincial intellectuals came to see local folk customs as the purest manifestation of an ancient nation that unified all the Orthodox East Slavs, and how they successfully propagated their ideas across the empire through lobbying and mass political mobilization. Rather than documenting the advance of "national awakenings" on the imperial periphery, Children of Rus' highlights the flexibility and contingency of national collectives; it reveals the surprising role that men whom we today would identify as ethnic Ukrainians played in the creation of Russian nationalism as well as the unwitting contributions that Russian nationalists made to other nation-building projects that would ultimately challenge the primacy of their movement. In addition, Children of Rus' offers a bold reconceptualization of state-society relations under tsarism, showing how residents of a diverse and contested peripheral region managed to shape political ideas and identities across Russia—and even beyond its borders.

In the book that I am currently writing, Europe’s Russian Colonies: Tsarist Emigres and the Quest for Freedom in Nineteenth-Century Europe, my abiding interest in politics, culture, and ideas takes a new direction. A study of the diverse yet close-knit settlements of tsarist émigrés that sprung up in western Europe's large cities, university towns, and spa resorts over the long nineteenth century, this book provides the first synthetic history of pre-1917 traffic between Russia and Europe. Placing familiar themes in imperial history in an international context, it treats Europe's "Russian colonies" as incubators of new ideas, cultures, and identities that ultimately traveled back to Russia via literature, correspondence, and return migration. Europe's Russian Colonies also argues that these unique urban communities shaped the larger societies in which they were located in consequential ways. The "Russian colonies" and their residents played important roles in the articulation of liberal dreams of universalism and freedom. Yet by the late nineteenth century, as they became breeding grounds for radical ideas on both the left and the right, they began to present new challenges to western Europe's liberal-parliamentary order.

My current research is enriched by technology, and I am interested in thinking through how historians can use digital tools to open new avenues for exploration and to communicate their findings to other scholars and the general public. I am particularly interested in using geo-spatial analysis to analyze flows of people, ideas, and commodities over time and across space. For examples of my (ongoing) work in digital cartography, see my Europe's Russian Colonies and Publishing the Russian Empire Abroad maps.