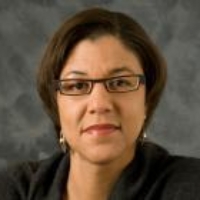 The child welfare system can be a labyrinth for foster children and adoptees - a maze built around sometimes inadequate research, poor information and ideology. What passes for "normal" assumptions about families and "healthy" racial identities is open to question. Longstanding policies that prom...

The child welfare system can be a labyrinth for foster children and adoptees - a maze built around sometimes inadequate research, poor information and ideology. What passes for "normal" assumptions about families and "healthy" racial identities is open to question. Longstanding policies that promote colorblindness in adoption and practices that overlook the unique needs of foster children whose adulthoods are launched without a legally permanent family should be re-examined.

In her ground-breaking research, Gina M. Samuels, an associate professor at the School of Social Service Administration, examines two broad themes: identity development among transracial adoptees and the "aging out" of young adults from foster care. As a multiracial adoptee and past child welfare worker, Samuels' scholarly work is distinct, informed by her professional and lived experience.

Her study of multiracial adoptees, based on interviews of 18-35-year-olds, pointedly questions current adoption policies that encourage colorblindness. In fact, assumptions that multiracial children will easily integrate into white families and face less racial stigma runs counter to her research. Rather, finds Samuels, colorblind parenting may well be more damaging than helpful to children. Yet many adopting parents - even more so than placement workers - downplay the role of race in raising their multiracial children, leaving children to navigate these dynamics on their own.

Her transracial adoption research - "Being raised by white people: Navigating racial difference among multiracial adopted adults," published in the Journal of Family and Marriage - comes at an especially timely moment. The election of a biracial president will certainly elevate discussions of race in society - and, this just after the release in the spring of 2008 of a report by the Evan B. Donaldson Adoption Institute, which is highly critical of federal legislation removing race from the equation of adoption placement decisions. Culturally relevant adoption practice, says Samuels, requires a level of "nuance" which is very difficult to legislate.

In her foster care research, Samuels is studying how the child welfare system can play a constructive role in building supportive family networks for young adults aging out of care. A key challenge for foster children is developing a family-based sense of identity, buffeted as they often are by influences from biological and foster parents, siblings, and peers. In her paper, "A reason, a season, or a lfetime: Relational permanence among young adults with foster care backgrounds," she finds that dependable emotional support systems are what's most needed by foster youth - and most missing. The study, funded by the Jim Casey Youth Opportunities Initiative, recommended that foster care workers seek to build permanent networks that include biological and foster family members, highlighting the important role of caseworkers as youth transition to adulthood.