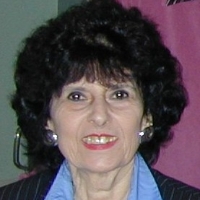 Dr. Gutman developed and directed both the Simon Fraser University Gerontology Research Centre and the Gerontology Department (formerly called the Gerontology Program) from 1982 - 2005. In 2010, she was elected the 3rd President of the International Network for Prevention of Elder Abuse (INPEA). ...

Dr. Gutman developed and directed both the Simon Fraser University Gerontology Research Centre and the Gerontology Department (formerly called the Gerontology Program) from 1982 - 2005. In 2010, she was elected the 3rd President of the International Network for Prevention of Elder Abuse (INPEA). INPEA was founded in 1997. Its mission is to increase society's ability, through international collaboration, to recognize and respond to the mistreatment of older people in whatever setting it occurs, so that the later years of life will be free from abuse, neglect, and exploitation. Its objectives are to: 1) increase public awareness of the issue; 2) promote education and training of professionals and paraprofessionals in identification, treatment and prevention; 3) further advocacy on behalf of abused and neglected older persons; and 4) to stimulate research into the causes, consequences, prevalence, treatment and prevention of elder abuse and neglect. As well, Dr. Gutman is Professor Emerita in the SFU Gerontology Department and a Research Associate in the Gerontology Research Centre.

She is widely known in the field of gerontology as an educator, researcher, and consultant. She is the author/editor of twenty-two books, over one hundred and eighty scholarly articles, reports, and chapters, as well as over three hundred conference papers. In 2007, she was awarded the Order of British Columbia in recognition of her pioneering work in the field of Gerontology. In Spring 2010, Dr. Gutman was awarded the honorary degree of Doctor of Laws (honoris causa (LL.D.)) by the University of Western Ontario for her work as "An international authority in the field of gerontology."[Reported in SFU Media Matters]

She has been a consultant to the Ministry of Lands, Parks and Housing in B.C., the Continuing Care Division of the B.C. Ministry of Health and to Health Canada. She has served on a number of federal-provincial task forces, including one that established guidelines for comprehensive services for the psychiatrically impaired elderly, and one which developed design guidelines for housing and care facilities for the elderly.

She is a Fellow of the Gerontological Society of America, a fellow of the Canadian Academy of Health Sciences, a Director of the International Institute of Ageing - United Nations, Malta and a member of the World Health Organization’ s Expert Advisory Panel on Ageing and Health.

Previously she served on the World Economic Forum's Council on the Ageing Society, the National Statistics Council which advises the chief Statistician of Canada, the Advisory Committee for the L’ Chaim Adult Day Care Centre, the Board of Directors of the Louis Briar Home and Hospital for the Aged, the Vancouver-Richmond Health Board’ s Research and Evaluation Advisory Committee, and from 1994-96 was Chair of the Board of Directors of the BC Institute Against Family Violence.