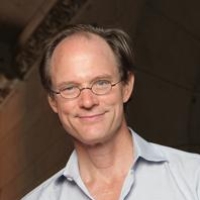 An avid cyclist, he discovered that long road trips favor the memorization of verb paradigms and lyric poetry, which happen to be two of his main intellectual interests. His first book, The Problem of a Chinese Aesthetic (Stanford, 1993), discussed the tradition of commentary that has grown up ar...

An avid cyclist, he discovered that long road trips favor the memorization of verb paradigms and lyric poetry, which happen to be two of his main intellectual interests. His first book, The Problem of a Chinese Aesthetic (Stanford, 1993), discussed the tradition of commentary that has grown up around the early Chinese poetry collection Shi jing (known in English as the Book of Songs), finding in that tradition a basis for examining questions of intercultural hermeneutics, the theory of figural language, and the relation between literature and philosophy. His second book, Great Walls of Discourse and Other Adventures in Cultural China (Harvard University Asia Center, 2001), an account of the ways of knowing and describing specific to China scholarship, Chinese as well as foreign. With Kang-i Sun Chang, he edited Chinese Women Poets, An Anthology of Poetry and Criticism from Ancient Times to 1911 (Stanford, 1999); other edited collections include Comparative Literature in an Era of Globalization (Johns Hopkins University Press, 2004), Sinographies: Writing China (with Steven Yao and Eric Hayot; University of Minnesota Press, 2005), Chinese Walls in Time and Space (with Roger des Forges, Chiao-mei Liu and Gao Minglu; Cornell Asia Center, 2009), Partner to the Poor: A Paul Farmer Reader (University of California Press, 2010), and Ferdinand de Saussure's Course in General Linguistics (with Perry Meisel; Columbia University Press, 2011). Together with César Dominguez and Darío Villanueva, he wrote Introducing Comparative Literature (London: Routledge, 2015). With then-graduate students Jonathan Stalling and Lucas Klein, he produced a critical edition of The Chinese Written Character as a Medium for Poetry, by Ernest Fenollosa and Ezra Pound (Fordham University Press, 2008). Articles published in journals and collections touch on topics such as the imaginary universal languages of Athanasius Kircher, Chinese musicology, the great Qing-dynasty novel Honglou meng, the current situation and theoretical perplexities of comparative literature, the history of the idea of oral literature, Haitian poetry, health care for the global poor, and contemporary art. With a collective of artists led by Mel Chin, he contributed to the design of some sixty sculptural installations for the new public and university library of San Jose, California. His next book, The Ethnography of Rhythm: Orality and Its Technologies (New York: Fordham University Press, 2016), discusses the history of the concept of oral literature through its relations to psychology, linguistics, literature and folklore. The Selected Essays of Li Zhi, edited and translated with Rivi Handler-Spitz and Pauline Chen Lee, is forthcoming from Columbia University Press in 2016. Still underway is a book about Zhuangzi, Translation as Citation.