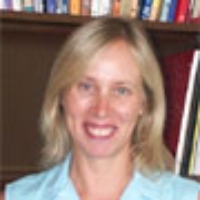 Dr. Janice Hladki is an Associate Professor in Theatre and Film Studies, the School of the Arts. She is also affiliated with Gender Studies and Feminist Research and with Cultural Studies and Critical Theory in the Department of English and Cultural Studies. Janice is an Adjunct Professor in the Department of Sociology and Equity Studies, the Ontario Institute for Studies in Education at the University of Toronto. Her interdisciplinary work explores: social justice in the arts; artists’ film and video; autobiography and film; embodiment and disability; ethical spectatorship; the social, representational, pedagogical, and discursive implications of cultural practices; dimensions of gender, race, Indigeneity, sexuality, disability, and class; the politics of collaboration; ethical practices in qualitative inquiry.

Janice teaches courses that reflect an emphasis on cultural studies and feminist studies approaches to popular film, global cinemas, performance, women and visual culture, and independent film. She has worked with graduate students on a range of projects focused on topics such as forms of media, queer culture, disability, health, weight embodiment, gender, youth, autobiography, and environment education. In 2001, Janice won the McMaster Students Union Merit Award for Teaching Excellence for New Instructors.

Janice’s SSHRC funded project (2006-2010) focused on how Canadian-based women artists mobilize alternative media to create critical cultural meaning, particularly in terms of Indigenous, queer, critical race, disability, and gender perspectives. The research resulted in her edited book Fierce: Women’s Hot Blooded Film/Video (2010) for her curated, touring exhibition of the same name. Through contemporary film, video, and installation, the book and exhibition explore how the artworks generate thinking images about peace and social justice, Indigenous cultures, history and memory, environmental health, and embodiment. In 2010, her essay for the exhibition book was nominated for the best curatorial writing in Canada. From 2008-2010, Janice and Sarah Brophy (English and Cultural Studies) collaborated on research to investigate how the body is theorized, materialized, and politicized in forms of visual culture. They co-organized the international conference “Health, Embodiment and Visual Culture: Engaging Publics and Pedagogies,” receiving funding from SSHRC, and they are editing a special issue of the peer-review journal Review of Education, Pedagogy, & Cultural Studies to feature key conference papers. The exhibition, Scrapes: Unruly Embodiments in Video Art, which Janice and Sarah co-curated for the McMaster Museum of Art, provides new perspectives on multiple and unruly embodiments in a range of autobiographical and experimental film and video. Janice and Sarah are co-editing the interdisciplinary book Embodied Politics in Visual Autobiography, which examines the cultural politics of health, disability, and the body in forms such as photography, video art, graphic memoir, film, body art and performance, and digital media. Janice is currently developing a project focusing on out-of-bounds embodiments and the intersection of disability with gender, sexuality, and race in contemporary film and video art. Janice has contributed essays to publications including ARIEL: A Review of International English Literature; Feminist Media Studies; The Review of Education, Pedagogy & Cultural Studies; jac: A Quarterly Journal for the Interdisciplinary Study of Rhetoric, Culture, Literacy, and Politics; and the International Journal of Qualitative Studies in Education.

As an artist-scholar, Janice has been commissioned to write for theatre and performance and to choreograph for film. She has received funding from the Canada Council, the Ontario Arts Council, the Toronto Arts Council, the Chalmers Fund, and the Toronto Board of Education. Her record of over 40 created works includes mainstage theatre productions, performance art works, and video art pieces. She has curated or co-curated five exhibitions. Janice was a member of the performance group The Clichettes, who are recognized as Canadian popular icons in literary and film contexts, including Wisecracks, a feature film documentary produced by the National Film Board of Canada. Their work has been addressed in books, journals, and magazines, and The Clichettes are acknowledged for their central role in the development of feminist performance art in North America. Janice is a founding member of Danceworks and the Women’s Cultural Building.