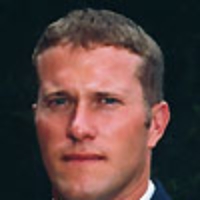 Jeff Devanney begins his seventh season as head football coach at Trinity College. Trinity hired Devanney, a 1993 graduate of the College, as its 27th head coach in December of 2005. He had been Trinity’s defensive coordinator in 2005, its special teams coordinator from 2001 to 2004, its seconda...

Jeff Devanney begins his seventh season as head football coach at Trinity College. Trinity hired Devanney, a 1993 graduate of the College, as its 27th head coach in December of 2005. He had been Trinity’s defensive coordinator in 2005, its special teams coordinator from 2001 to 2004, its secondary coach from 2002 to 2005, and its defensive line coach in 2001. Devanney has continued to coach the Bantam defensive backs each fall. In his rookie year at the helm, the Trinity defense surrendered just 54 points all season, and the Bantams have outscored their opponents, 1,101-525, in his six-year tenure as head coach.

Devanney has a 41-7 record as a head coach that includes a perfect 8-0 record in 2008 and 7-1 marks the past two falls, which gives him the best winning percentage in the history of Trinity football at .854. The Bantams have not lost a game at home since 2001, a streak of 43 straight games, and won or shared the NESCAC title from 2002 to 2005 and in 2008. Trinity allowed just 13 points in four home games last season. Devanney, the 2008 NESCAC Coach of the Year, has seen 57 All-NESCAC selections from his teams the last six years including the NESCAC Offensive and Defensive Player of the Year in 2008 and Defensive Player of the Year the last three autumns.

In Devanney’s 11 years on the Bantam staff, Trinity has been ranked No. 1 in total defense in the country five times and posted 21 shutouts. Trinity led the nation statistically in three different defensive categories last fall, having allowed just 63.5 rushing yards per game, 195.5 total yards per game, and 8.13 points per game. Trinity also claimed third place nationally in tackles for loss with 9.0 per contest, while posting shutouts in four of its eigth games. Trinity finished first in the nation in rushing defense (45.50 ypg), 22nd nationally in rushing offense (4.29 per game), and 24th in in sacks (2.88 per game) in 2010. In 2006, Trinity led the nation in scoring defense and total defense, and finished second nationally in pass efficiency defense (73.2 opponent efficiency rating). A Devanney-coached Trinity player has been selected to participate in a National Senior All-Star Games in Cancun, Mexico, Maryland, and Virginia in eight of the last nine years.

A star player in football and baseball for the College, Devanney was voted the NESCAC Football Defensive Player of the Year in 1992. He appears among the College’s all-time leaders in punt returns and stolen bases in baseball. Devanney earned his master’s degree in liberal studies from SUNY-Albany in 1995. Prior to Trinity, Devanney was the defensive coordinator at Central Connecticut State University from 1998-2000. He also served as a secondary coach at Georgia Tech and worked with the wide receivers and tight ends at Albany and Coast Guard. Devanney and his wife, Michele, their daughters, Shea and Caitlin, and their son, Sean, reside in Newington, Conn.