Jerilynn Prior, University of British Columbia 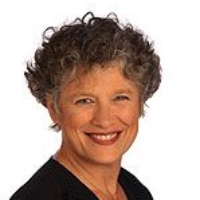 Jerilynn C. Prior BA, MD, FRCPC, ABIM, ABEM is a Professor of Endocrinology and Metabolism at the University of British Columbia in Vancouver, B.C.

Jerilynn C. Prior BA, MD, FRCPC, ABIM, ABEM is a Professor of Endocrinology and Metabolism at the University of British Columbia in Vancouver, B.C.

She has a special interest in menstrual cycles and the effects of hormones on women's health. Dr. Prior has studied women's menstrual cycles, perimenopause and the causes for and treatment of osteoporosis. She has researched the use of the ovarian hormone progesterone for treatment of menstrual flow problems, perimenopause, hot flushes, and low bone density. She is Director of the BC Centre of the Canadian Multicentre Osteoporosis Study (CaMOS) that is studying osteoporosis, fractures and bone density and has followed over 9000 adult women and men across the country for over ten years, plus over 1000 youth ages 16-24 for three years. She is the founder and Scientific Director of the Centre for Menstrual Cycle and Ovulation Research (CeMCOR). CeMCOR is actively researching menstrual cycles & ovulation and has a very accessible, informative website that receives over 1,200 page views per day (www.cemcor.ubc.ca).

Dr. Prior is internationally known for her research showing that progesterone increases bone formation by stimulating osteoblasts. More recently, she has shown that estrogen levels, besides being unpredictable, are significantly higher than normal in the perimenopause, the three to ten years of changes before menopause. She is widely sought as a speaker for professional and lay audiences and is the author of the award-winning book Estrogen’s Storm Season: Stories of Perimenopause, an informative book about perimenopause told in a story format. Estrogen's Storm Season was a finalist in the 2006 Independent Publishers Book Awards for Health. She is also the author, with two others, of a handbook called Transitions Through the Perimenopausal Years. With Susan Baxter PhD, medical journalist, Prior is author of "Estrogen Errors - Why Progesterone Is Better For Women's Health" that is in press for the spring of 2009, and published by Greenwood Press. This book aims to inform women of the decades of presumption and prejudice behind estrogen-centric women's health dogma. She has over 200 publications and holds 6 patents. She is the recipient of numerous awards including the University of British Columbia Faculty of Medicine Distinguished Medical Research Lecturer Award (2002). Dr. Prior is currently serving as President of the Society for Menstrual Cycle Research.

Dr. Prior grew up in Alaska where she completed grade school and high school. Using scholarships, she received a Bachelors of Arts in English Literature at Linfield College, Oregon (with honours) in 1965. She graduated from Boston University School of Medicine (with honours) in 1969. She began her training, in Internal Medicine in Boston. Dr. Prior has previously worked as a physician in Boston, Mass., Poughkeepsie and Syracuse NY, and Barrow and Fairbanks, Alaska. She moved to Canada in 1976 and became a citizen because she believes in the Canadian universal health care system.

Dr. Prior has been singing with the Vancouver Bach Choir for 30 years, walks and kayaks for relaxation and health and loves to read. Her daughter is a high school English teacher in Vancouver and a singer. Her son also lives and works in the Vancouver area. In 2