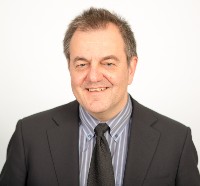 Documentary production and sports in Film Equity, diversity and inclusion in sport media Gender, masculinities and 2SLGBTQ+ in sport and media Live sport broadcasting and production Sport media and broadcasting

Joe Recupero is an Associate Professor in the Sport Media program and teaches multi-camera studio production as well as documentary production.

Joe graduated from Ryerson's RTA undergraduate program and then returned to attain his Master of Arts degree in Media Production in 2010. He ha...

Joe Recupero is an Associate Professor in the Sport Media program and teaches multi-camera studio production as well as documentary production.

Joe graduated from Ryerson's RTA undergraduate program and then returned to attain his Master of Arts degree in Media Production in 2010. He has worked on 13 Olympic Games (most recently producing Figure Skating for the PyeongChang Winter Olympics) as well as numerous Paralympic, Commonwealth and Pan American Games. Joe has produced World Championships and World Cups in almost every sport across Canada and around the world during his tenure at CBC TV Network Sports. In addition to producing live sporting events, Joe also produced, directed and wrote a number of long-form sports documentaries including "The Circus is in Town: 50 Years of Hockey Night in Canada", which was nominated for a Banff Rockie Award. He also produced and directed "The Life and Times of Sandra Schmirler" which won a Special Jury Prize at the Yorkton Film and Television Festival. In 2009 he produced an independent documentary on Canada's Wheelchair Rugby team and their selection process for the 2008 Beijing Paralympics. In 2016 Joe collaborated with psychiatrists and researchers at St. Michael's Hospital to produce an hour long documentary, "A Dark Room", which focused on concussions in hockey and the mental health effects that can result. "A Dark Room" was acquired by the National Film Board of Canada as part of their Education division and their Virtual Classroom initiative as well as the CBC Documentary Channel. Joe's creative work continues to focus around equity, diversity and inclusion in sports and in the sport media industry and last year he produced a creative film on those very issues with the students in Sport Media called "The Sport Project".

Joe's external service commitments include Communications Director on the Volunteer Board of Directors for the annual Pride and Remembrance Run.

Joe was the Program Director for Sport Media from 2016-2019 but has now stepped back from the role for the coming year to focus on his PhD work and his regular Assistant Professor commitments- teaching, SRC and service.

Joe is currently enrolled in a PhD program at the University of Toronto in OISE's Adult Education and Community Development department. His areas of research interests include gender and masculinity issues in sport and in the workplace as well as biographical learning. Recently, Joe was the Co-Chair of the Tenth International Sport and Society conference which was hosted by the RTA School of Media in June 2019. The conference themes included: Sport Media Vectors- Digitization, Expanding Audiences and the Globalization of Live Sport.

Joe was the recipient of the 2018 FCAD Dean's Teaching Award.