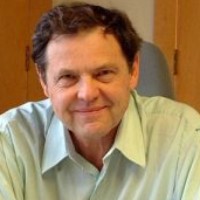 John Pammett has Honours B.A. and M.A. degrees from Queen's University in Kingston, and a PhD from the University of Michigan. He has taught at Carleton since 1971. He has served as Chair of the Political Science adjudication committee of the Social Sciences and Humanities Research Council. He wa...

John Pammett has Honours B.A. and M.A. degrees from Queen's University in Kingston, and a PhD from the University of Michigan. He has taught at Carleton since 1971. He has served as Chair of the Political Science adjudication committee of the Social Sciences and Humanities Research Council. He was named a Scholar in Residence at the Rockefeller Foundation in Bellagio, Italy, in 1989, and was visiting Professor at the European University Institute in Florence in 1985.

Jon Pammett is one of Canada's premier specialists on survey research. He participated in the design of the Canadian National Election Studies of 1974, 1979 and 1980, and other surveys of more recent elections and referendums. These have resulted in numerous books and articles, including Political Choice in Canada and Absent Mandate: Interpreting Change in Canadian Elections, considered among the most influential books on Canadian political behaviour. He continues to be co-editor, formerly with Alan Frizzell and now with Chris Dornan, of The Canadian General Election of… series, contributing analyses of the election outcomes and other important issues after each Canadian federal election. His article on class voting in Canada is widely anthologized. He teaches courses at Carleton on research methods, political behavior and political participation.

Pammett has conducted surveys in Russia since 1993, investigating public attitudes towards political parties, electoral institutions and democracy in general. In particular, his work on the “meaning of elections” in Russia led to the republication of one of his articles in a book series designed to “bring together the most significant published journal essays in contemporary politics and government.”

Pammett has led Canada's participation in the International Social Survey Programme (ISSP) since 1998. He has edited, and contributed to, books using ISSP data on Social Inequality in Canada and Environmental Attitudes in Canada and Around the World. He spearheaded the introduction of a completely new ISSP survey on Citizenship, heading a six-nation drafting group which produced the questionnaire to be conducted in 42 nations in 2004. (The Canadian citizenship survey has already been conducted by the Carleton University Survey Centre.)

Recently, Pammett's interest in the nature of democratic participation has led him to produce a number of reports and articles for Elections Canada, including Explaining the Turnout Decline in Canadian Federal Elections: A New Survey of Non-Voters and Confronting the Problem of Declining Voter Turnout Among Youth. (with Lawrence LeDuc). This work used a survey of voters and non-voters carried out in 2002 for Elections Canada and designed in cooperation with Elections Canada staff. He is co-holder of a new SSHRC research grant to write a book on Pathways to More Meaningful Political Participation in Canada.