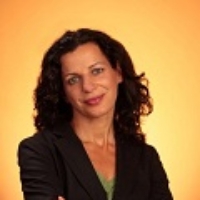 Juliette N. Kayyem, a columnist for the Boston Globe and Lecturer in Public Policy at Harvard's Kennedy School of Government, has spent nearly 15 years in counterterrorism, homeland security and emergency management arena. In 2013, after only a year at the Globe, she was named a Pulitzer Prize fi...

Juliette N. Kayyem, a columnist for the Boston Globe and Lecturer in Public Policy at Harvard's Kennedy School of Government, has spent nearly 15 years in counterterrorism, homeland security and emergency management arena. In 2013, after only a year at the Globe, she was named a Pulitzer Prize finalist for her “colorful and well reported” pieces. She is also a CNN national security analyst.

She most recently served for President Obama as Assistant Secretary for Intergovernmental Affairs at the Department of Homeland Security. As Assistant Secretary, Ms. Kayyem was responsible for coordinated and consistent planning between the Department and all of its state, local, tribal and territorial partners on issues as varied as immigration, intelligence sharing, military affairs, border security, and the response to operational events such as H1N1, the December 25th attempted terrorist attack, the Haiti earthquake and the BP oil spill. In this capacity, she served as the co-chair of congressionally mandated Preparedness Task Force, a member of President Obama’s Task Force on Puerto Rico and the Defense Departments Council or Governors. She also managed the security efforts surrounding major sporting events, including the Chicago Olympic bid, the Vancouver Olympics, the Caribbean Games and the World Equestrian Games. She was the most senior Arab American female appointee in the Obama Administration.

In the immediate aftermath of the BP oil spill, Ms. Kayyem was tasked to direct interagency and intergovernmental affairs for the National Incident Command, overseeing a diverse interagency and interdisciplinary staff for the White House and DHS to address unprecedented issues in the response, including public safety, public engagement, environmental remediation and legal compliance. For her work, she received the Coast Guard’s highest civilian honor.

Before joining the Obama Administration, she served as Massachusetts Governor Deval Patrick’s homeland security adviser, overseeing the National Guard, the commonwealth’s strategic security planning, and the distribution of homeland security funds consistent with the Governor’s priorities. Prior to that, she was a lecturer at Harvard’s John F. Kennedy School of Government, serving also as co-chair of the Dubai Initiative and as Executive Director of the school’s Belfer Center for Science and International Affairs. A lawyer by training, she began her legal career in 1995 at the Department of Justice, ultimately serving as an advisor to then Attorney General Janet Reno until 1999.

Ms. Kayyem was a congressional appointee to the National Commission on Terrorism which, in early summer 2001, highlighted major gaps in planning and preparation for a possible terrorist attack. She is the co-author of the critically acclaimed Protecting Liberty in an Age of Terror (2005, with Phil Heymann) as well as the author and editor of numerous books and articles, including First to Arrive: State and Local Responses to Terrorism (2003). She is a member of the Council on Foreign Relations. Until she re-entered public service, Ms. Kayyem served as an on air analyst for NBC and MSNBC News.