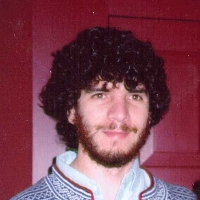 My research interests concern the study of the formation and evolution of galaxies and galaxy clusters, with particular emphasis on their cosmological origin as well as on the structure and dynamics of their stellar, gaseous, and dark matter components.

Many of these complex issues are b...

My research interests concern the study of the formation and evolution of galaxies and galaxy clusters, with particular emphasis on their cosmological origin as well as on the structure and dynamics of their stellar, gaseous, and dark matter components.

Many of these complex issues are best addressed using direct numerical simulations, for which I have developed a general purpose, gridless, fully Lagrangian code well suited for evolving a mixture of collisionless and collisional fluids in three dimensions.

The code combines a fast tree-based algorithm for the computation of gravitational N-body interactions with the Smooth Particle Hydrodynamics (SPH) approach to numerical hydrodynamics.

It can also take full advantage of the GRAPE boards, which can speed-up the calculation of gravitational accelerations by about one order of magnitude. I currently have access to a dual-CPU UltraSparc2 workstation with 2 GRAPE boards attached to it through a SolFlower Sbus-VME interface.

Applications of this code to the formation of dark matter halos, galactic disks, and X-ray clusters have highlighted a number of successes and shortcomings of hierarchical theories of structure formation.

The baryon content of galaxy clusters can be combined with primordial nucleosynthesis calculations to provide strong constraints on the value of the density parameter Omega.

Simple models of the intracluster medium based on the gravitational collapse of non-radiative gas within evolving dark matter halos cannot explain the observed structure and evolution of X-ray clusters, and stress the importance of non-gravitational processes such as radiative cooling and energy feedback from galaxy formation in the evolution of the intracluster medium.

The density profiles of dark matter halos have a ``universal shape'', independent of the mass of the halo, of the spectrum of initial density fluctuations, and of the cosmological parameters. This remarkable structural similarity can be used in observational studies of the mass profiles of galaxies and galaxy clusters to constrain cosmological models.

Our N-body/gasdynamical simulations have highlighted the importance of feedback from evolving stars and supernovae during galaxy formation. Without feedback, most of the baryons in the universe would be locked up in galaxies, in disagreement with observations. Furthermore, the spin of these galaxies would be much lower than inferred from observations of spiral galaxies because of large angular momentum losses incurred during the merger events that characterize the hierarchical buildup of galactic systems.