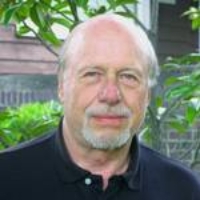 Kal Holsti (PhD Stanford, 1961) retired in July 2000, but is now a Research Associate with the Centre for International Relations in the Liu Institute. His areas of special interest are international relations theory, security studies, and foreign policy analysis. He is a former editor of the I...

Holsti was elected a fellow of the Royal Society of Canada in 1983, and named University Killam Professor at the University of British Columbia in 1997. He was the seventh scholar to receive this status in the history of the university. In 2005, he was elected a foreign member of the Finnish Academy of Sciences and Letters. He is the first Canadian to be so honoured.

He has authored articles in all the major journals of his fields, as well as numerous chapters in edited volumes. His major books include International Politics: A Framework for Analysis (7 editions), Why Nations Realign: Foreign Policy Restructuring since World War II (1983), The Dividing Discipline: Hegemony and Pluralism in International Theory (1985), Change in the International System (1991), Peace and War: Armed Conflict and International Order (1991), The State, War, and the State of War (1996), and Taming the Sovereigns: Institutional Change in International Politics (2004). Cambridge University Press published the last three titles. His most recent publication is a collection of his essays, edited by Adam Jones, Politica Mundial: Cambio y Conflicto, Mexico City: Centro de Investigacion y Docencia Economicas, 2005.