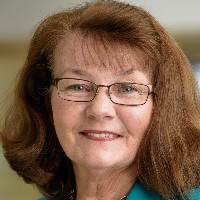 Karen Devereaux Melillo, Ph.D. is the Interim Dean and Professor, School of Nursing, College of Health Sciences. She has served as Director and Chair of the School of Nursing (2013-2014), Chair (2005-2013), and Coordinator of the Adult-Gerontological Nurse Practitioner Specialty (2013-2014) and C...

Karen Devereaux Melillo, Ph.D. is the Interim Dean and Professor, School of Nursing, College of Health Sciences. She has served as Director and Chair of the School of Nursing (2013-2014), Chair (2005-2013), and Coordinator of the Adult-Gerontological Nurse Practitioner Specialty (2013-2014) and Coordinator of the Gerontological Nurse Practitioner Specialty (1985-2005).

She earned her Ph.D. from Brandeis University’s Florence Heller School for the Advanced Study of Social Welfare in 1990, where her studies focused on aging, long-term care and health policy. She received her Master of Science Degree in Gerontological Nursing from the University of Lowell in 1978, which prepared her as a Gerontological Nurse Practitioner; in 1998, she was awarded the Francis Cabot Lowell Outstanding Alumni Award for the College of Health Professions at the University of Massachusetts Lowell. In 2009, she was selected as a Fellow in the Gerontological Society of America. She was also selected as a Fellow in the American Academy of Nurse Practitioners and for the Distinguished Alumni Award from Massachusetts Bay Community College, both in 2001. Since coming to the University in 1982, she has established an active research program on the utilization of Nurse Practitioners in institutional long-term care, for which she received the American College of Health Care Administrators Long-Term Care Research Award.

Her research has focused on health promotion, specifically physical fitness and exercise activity of older adults, as well as the application of a wandering technology device for older adults with Alzheimer’s disease. She is currently Principal Investigator on a 3-year competing continuation funded study from the Health Resources and Services Administration, Bureau of Health Professions, Division of Nursing, Nursing Workforce Diversity (D19HP009221, 2012-2015) and from the Massachusetts Department of Public Health, Reducing Racial and Ethnic Disparities: Workforce Development grant (2012-2014), for the Bring Diversity to Nursing project, totaling over $1M.

She is also Principal Investigator on a Mass. Department of Higher Education Nursing and Allied Health Grant, “Increasing Nurse Practitioner Preceptor and Faculty Capacity”, 2014-2015. She served as Co-Investigator on a HRSA-funded Advanced Education in Nursing grant, “DNPs Caring for Underserved”, with Co-Principal Investigators, Susan Houde, Ph.D. and Angela Nannini, Ph.D., (No. 1 D09HP19005-01, 2010-2013) Advanced Education Nursing Grant, in the amount of $732,044. She was a Co-Investigator with Jacqueline Dowling, Ph.D., PI, on a HRSA Workforce Diversity Equipment Grant, 2010-2011, On the move for nursing’s future: Bring diversity to nursing mobile simulation laboratory, $299,980. She was a Co-Investigator on a 5-year, $3.5M National Institutes of Health, NIOSH-funded study on “Health Disparities Among Healthcare Workers,” where she led the qualitative case study research effort in two nursing homes. She was Principal Investigator on the Mass. Department of Higher Education’s Nursing and Allied Health Initiative grant, “UMass Lowell/D’Youville Partnership in Establishing Dedicated Education Unit in a LTC Transitional Care Setting” (2011-2012).

Melillo, Ph.D., has over 60 peer-reviewed publications. The second edition of Melillo, K.D. & Houde, S.C. (Eds.) Geropsychiatric and Mental Health Nursing (2011) received the 2011 AJN Book of the Year Award in two categories, mental health and gerontologic nursing. She is a manuscript reviewer for a number of journals, including Geriatric Nursing, and is an Editorial Advisory Board member for the Journal of Gerontological Nursing. She is an abstract reviewer for the Gerontological Society of America, National Organization of Nurse Practitioner Faculties, and the American Academy of Nurse Practitioners. Nationally, she has served as an Expert Panel member on the American Academy of Nursing/Hartford Institute for Geriatric Nursing, Geropsychiatric Nursing Core Competency Workgroup and on the American Association of Colleges of Nursing and the Hartford Institute for Geriatric Nursing’s, Transitioning to Adult-Gerontology APRN Education: Ensuring the APRN Workforce is Prepared to Care for Older Adults, NP Expert Panel. She is active in a number of national professional associations, state task forces, and local Boards, including D’Youville Senior Care. She is Past-President of the Eta Omega Chapter, Sigma Theta Tau International, the Honor Society of Nursing.