Ken Cline, College of the Atlantic 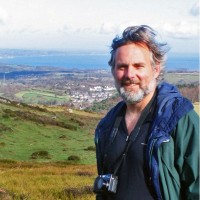 Ken Cline received a BA in Political Science and General Science from Hiram College and a J.D. from Case Western Reserve University School of Law in 1983. Before joining the faculty, he served as a Judicial Clerk for Federal Judge Gus J. Solomon in Portland, Oregon; as a Staff Attorney for the U....

Ken Cline received a BA in Political Science and General Science from Hiram College and a J.D. from Case Western Reserve University School of Law in 1983. Before joining the faculty, he served as a Judicial Clerk for Federal Judge Gus J. Solomon in Portland, Oregon; as a Staff Attorney for the U.S. Court of Appeals for the 9th Circuit in San Francisco; and as an attorney specializing in municipal, environmental, and land use litigation for Calfee Halter & Griswold in Cleveland, Ohio.

Ken joined the faculty in 1989 where he teaches a broad range of courses in environmental law and policy. In addition to legal studies and pre-law courses, Ken teaches several interdisciplinary courses that focus on conservation policy within the United States and internationally. These classes include courses on public lands and parks, wildlife protection, wilderness, the history of the conservation movement, land conservation, land use planning, and river and watershed protection. Ken s international courses focus on wildlife, environmental treaties, protected areas, and water management. Most of Kens courses are underlain by a pedagogical commitment to the principle that classes that enable students to apply knowledge to real problems can provide superior training for the students and a real benefit for people faced with those problems. Therefore, Ken uses neighboring Acadia National Park, a local watershed, and surrounding communities as the focus of class work and projects. Students in Kens courses have developed watershed conservation plans, filed legal documents to protect endangered species, lobbied state and national legislatures, attended United Nations conferences, testified at hearings, changed local zoning ordinances, prepared a plan to revitalize a local waterfront, organized local citizens, and routinely work with local leaders, agencies and citizens.

Ken has done extensive work with local and national river and watershed conservation groups. He has worked on river conservation issues in Maine, Ohio, Oregon, Pennsylvania, and Chile. He presently serves on the national rivers committee of the Sierra Club and has presented at national river conferences. Ken is director of the College of the Atlantic's Watershed Project a collaborative, community-based curriculum and outreach project. The watershed project recently received a $360,000 grant from the US Department of Education to develop a model for interdisciplinary experiential teaching that utilizes the watersheds in Hancock County and addresses the issues facing the gateway communities surrounding Acadia National Park. Through this grant the College has helped to found a local stakeholder group to protect the nearby Union River and has worked closely with citizen groups, agencies, and local governments to monitor and educate the public about the Union River Watershed. He is also a Volunteer Leader for the Sierra Club in Maine and nationally. In this capacity, he has served on state and national committees and stakeholder groups.