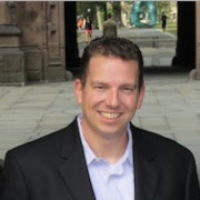 Kevin M. Kruse studies the political, social, and urban/suburban history of 20th-century America. Focused on conflicts over race, rights, and religion, he has particular interests in segregation and the civil rights movement, the rise of religious nationalism and the making of modern conservatism.