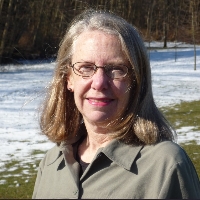 I received my B.A. in English Literature from the University of California, Davis (1975) and my Ph.D. in English with a Linguistics Emphasis from the University of California, Berkeley (1981). My doctoral dissertation, directed by Julian Boyd, was entitled "The Historical Development of Aspectual Periphrases in English." Since completing my doctorate, I have been a member of the English Department of the University of British Columbia, Vancouver, attaining the rank of Professor in 1995. I have held numerous UBC Humanities and Social Sciences small grants as well as Social Sciences and Humanities Council of Canada (SSHRC) Standard Research Grant s(1998-2000, 2007-10, 2011-2012) and a SSHRCC Leave Fellowship (1985-86). In 1999 I was awarded an Izaak Walton Killam Research Prize and in 2006 I received an Izaak Walton Killam Faculty Research Fellowship.