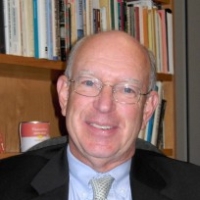 Here I try to conjure some account, not-quite-a-story, of my own introduction to the north Pacific coast. Treva and I moved to Vancouver in 1978 with our children Liane and Marc (then aged 6 and 8). In the mid-1960s, Treva had studied at the University of British Columbia—library science (and sai...

Here I try to conjure some account, not-quite-a-story, of my own introduction to the north Pacific coast. Treva and I moved to Vancouver in 1978 with our children Liane and Marc (then aged 6 and 8). In the mid-1960s, Treva had studied at the University of British Columbia—library science (and sailing)—and always knew she wanted to return to Vancouver. I looked forward to teaching and studying at the same university, an institution which had made a mission of teaching and studying my home country's literature. Marc and Liane, then hesitant, in 2000 show every sign of wanting to make the West Coast their lifetime home. Attempting to write a book about the Pacific Northwest, less than two decades after arriving, presumes, I suppose, the role of a "local" and an "insider": taking such a liberty itself says something of the upstart indigenousness which has permeated the urbanization of the Pacific Northwest over the past two centuries.

I grew up in Brandon, Manitoba. Loving family and loyal friends made a small prairie city a precious home, but when I graduated from Brandon College with a Bachelor's degree, adult in all the official senses, I would have been hard pressed to tell you much of where I lived—at least of southern Manitoba’s geography or plant life, or history, or (especially) of its pre-history. Robert Kroetsch’s long poem Seed Catalogue, with its wry litany of the absences which unshape the traditional story of growing up, came along in 1977, just as I was deciding to move. It articulates the ignorance of home which was the odd consequence of a small-town prairie culture and education in the 1950s and 1960s. When I left Brandon in 1965 to study for two graduate degrees at the University of Toronto, I probably spent less of my time discovering Toronto than in trying to decide to remember where I had come from. Toronto—oddly enough, for all I have reiterated its mythology of self-absorption—allowed me to go home: first, courses in Canadian literature encouraged me to read shelves of books by Canadian writers, and then, alerted to the possibilities, I wrote a thesis, and a book, about how Canadian prairie writers had taught us to understand that most infinitely elusive of landscapes.

The trope of absence, evidently, was one of their most powerful teachings. Eight years of teaching at the University of Lethbridge wore a jagged coulee through my assumptions about prairie, and blew a chinook or two through my mind, but I had, more or less, defined prairie to my satisfaction (then, not now) and had turned a delayed search for home into a profession or an avocation, had become a "specialist", in some sense, on Canadian prairie regionalism and prairie writing.

When I moved to Vancouver—before 1978, I had been on the West Coast only once, for a three-day visit—high-gloss foliage (in January), saltwater tides, arbutus trees, and decidedly unhorizontal landforms riddled my sense of place. I soon realized that I was not confined to one home, that although I would carry my prairie home with me (prairie crude, as one friend summarizes its continued presence in my vocabulary and intonation), I also felt almost immediately at home with evergreen mountains, and even mist. I set out to read my way into that place and climate. Much of my research and teaching continues that encounter.