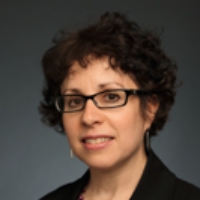 This research focuses on developing mathematical models to predict particle/turbulence interactions. One of my first graduate students (Eleanor Hennick) worked on implementing correlation functions into stochastic separated flow modeling. This provided significantly improved predictions of results from Snyder and Lumley’s famous experiment. For Cathy Strutt's master's degree we identified that the current accepted treatment for modelling particulates released into inhomogeneous turbulence is not sufficient to overcome the model deficiencies and we proposed methods to improve on this. Cathy continued her research through the study of direct numerical simulation (DNS) of particle laden flows. The DNS has revealed insights into the underlying physics which will aid in the development of simpler models suitable for industry. This research is being continued by a new master’s student (Matthew Cernick) and a new Ph.D. student (Stephen Murray).

We have also studied the impact of the particulates on the fluid phase through modulation of the turbulence. The work related to drag interactions was studied by Sarah Hodgson for her Master’s thesis. Research into wake effects on turbulence production by particles was the focus of Fusheng Yan’s Ph.D. thesis. This problem of turbulence production was also studied by Matthias Mandoe who was a visiting Ph.D. student from Aalborg University in 2008.

Modelling of Intersubchannel Mixing This research is of interest to the nuclear industry since it pertains to prediction of coolant flow in fuel channels of a nuclear reactor. Accurate prediction of these flows is an inherent requirement of safety analysis codes. One of the key contributors to coolant mixing in nuclear subchannel geometries is gap flow pulsations. These pulsations occur in the gap region between coolant subchannels and act to transport energy between adjacent subchannels. The effects of these pulsations are modelled using correlations determined from experimental data, but the physics of the flow is poorly understood. One of my earliest graduate students (Ross Rock) used computational fluid dynamics with a standard two-equation turbulence model o predict thermal mixing in twin-subchannel geometries. With this approach, it was found that we were able to accurately predict wall shear from the fuel rods, but the mixing between the subchannels was still poorly predicted. The work was then continued by another Master's student (John Suh) who used a much more detailed Reynolds Stress Model to model the turbulence. This work was successful in capturing the secondary flows resulting from anisotropy of the turbulence, but still underpredicted the thermal mixing. This research, which is funded by the University Network of Excellence in Nuclear Engineering (UNENE) and NSERC CRD program, has been the focus of a recent Master's student (George Arvanitis) and a recent Ph.D. student (Deep Home). George modelled the flow using an unsteady RANS method whereas Deep used a more rigorous Detached Eddy Simulation (which is a hybrid method that uses Large Eddy Simulation in the regions away from walls and Unsteady RANS in the near wall region) method. The goal of the research was to establish the efficacy of these methods for prediction of pulsation frequencies and other flow features in twin subchannel geometries. The DES approach (which is highly computationally intensive) predicted a pulsation frequency of 68.4 Hz (in comparison to the reported experimental value of 68 Hz). The unsteady RANS method (which is far less computationally intensive than DES) predicted a pulsation frequency of 59 Hz. These detailed transient results will now allow us to explore the underlying physics of the flow pulsations (which we believe result from vorticity in the mean flow at the gap edge). This work is being continued by a current graduate student (Alan Chettle).

Modelling of Thermal Storage and Atria Geometries. This research is sponsored by the Solar Buildings Research Network and consists of two distinct research areas: modelling of thermal storage for solar energy systems and modelling heat transfer and fluid flow in atria geometries. I am working with Patrick Oosthuizen from Queen's University on the atria work and Stephen Harrison (also from Queen's) on the thermal storage. The atria work involved performing a systematic validation of a CFD model in order to determine if the models are sufficient to predict the complex flows in atria. The flows are complex since they involve coupled radiative heat transfer and turbulent natural convection. This was the focus of Charles Rundle’s masters degree. Additional effects such as thermal mass are also being considered. The long term goal is to develop guidelines for atria design to optimize solar utilization while maintaining thermal comfort. Aaron Kitagawa is continuing this work for his master’s degree.