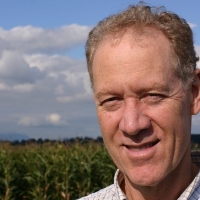 I joined the faculty at UBC in 1986, a year after completing my PhD in Anthropology, with a specialization in Archaeology, at the University of Michigan. Since then I have been studying the archaeology of Chiapas, Mexico and British Columbia, Canada. My doctoral research in the early 1980s examin...

I joined the faculty at UBC in 1986, a year after completing my PhD in Anthropology, with a specialization in Archaeology, at the University of Michigan. Since then I have been studying the archaeology of Chiapas, Mexico and British Columbia, Canada. My doctoral research in the early 1980s examined the household archaeology of the Postclassic period Maya site of Canajast on the Lagartero River near the Chiapas-Guatemala border in the Upper Grijalva Tributaries region of Mexico. That research has recently been published as a monograph in the research Papers series of the New World Archaeological Foundation.

Soon after completing my doctoral research, I joined Dr. John Clark, former Director of Brigham Young University's New World Archaeological Foundation, to begin a research project investigating the emergence of complex social and political systems in the Soconusco region of Chiapas, Mexico dating between about 4000 and 3000 years ago. These Early Formative period societies (that we have dubbed the Mokaya) comprised some of Mexico's earliest villages, and developed practices that later became common throughout Prehispanic Mesoamerica (for example, they built Mesoamerica's earliest known ballcourt--the subject of Warren Hill's UBC PhD dissertation in 1999). Our ongoing research documents the changes that took place as people became increasingly dependent on agriculture (including maize cultivation), lived in permanent settled communities, and developed complex social and political hierarchies. Our work in Chiapas has been funded by the generous support of SSHRC Canada, and the BYU-New World Archaeological Foundation.

Between 1992 and 2007, I conducted archaeological research in the Fraser River Valley of Southwestern British Columbia in partnership with members of Sto:lo Nation and Sto:lo Tribal Council as well as research partners from a number of universities. One long-term project concentrated on the ancient village site of Scowlitz (Qithyil), located 100 km east of Vancouver within the traditional territories of the Sto:lo Coast Salish peoples. Working with Dr. Dana Lepofsky (Simon Fraser University), our project team--which has included many UBC, SFU, and UCLA archaeology fieldschools--has investigated how both households and cemeteries formed an integral part of Coast Salish social, political and economic organization. More recently our research team (Fraser Valley Archaeological Project--FVAP), including Dr. Dave Schaepe (Sto:lo Nation), Dr. Anthony Graesch (Connecticut College), and Dr. Jeanne Arnold (UCLA) has surveyed, mapped, and excavated at a series of archaeological sites within Sto:lo Traditional Territory. This project has as it main goal the exploration of Coast Salish identities as expressed in house structures and village settlement layouts extending from about 3000 years ago to the beginning of European colonization of the region in the mid-1800s [link to FVAP SAA research posters].

My most recent work, since 2007, has focused on the origins and spread of maize agriculture in the Americas. Working with Dr. Bruce Benz (Texas Wesleyan University), Dr. Lori Baker (Baylor University), and Dr. Hendrik Poinar (McMaster University) our research team is studying archaeological maize collections stored in museums and other institutions in about eight different countries throughout the Americas. Our research goals are to directly date the samples using AMS radiocarbon dating, conduct detailed morphological analyses of maize cobs, and extract and characterize ancient maize DNA.