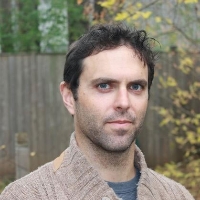 Dr. Egan’s research agenda focuses on the relationship between science and the environment. He is the author of Barry Commoner and the Science of Survival: The Remaking of American Environmentalism (MIT Press, 2007), and co-editor (with Jeff Crane) Natural Protest: Essays on the History of Ame...

Dr. Egan’s research agenda focuses on the relationship between science and the environment. He is the author of Barry Commoner and the Science of Survival: The Remaking of American Environmentalism (MIT Press, 2007), and co-editor (with Jeff Crane) Natural Protest: Essays on the History of American Environmentalism (Routledge, 2008). A second co-edited volume with Jeff Crane, "The Politics of Hope: Ecological Democracy in America," is under contract with the University Press of Colorado. He has also published widely in environmental history and on the environmental justice movement.

Dr. Egan is currently engaged in two book-length research projects. The first is a global history of mercury pollution, tentatively titled "Mercury’s Modern Alchemy: Knowing and Regulating Mercury Pollution in the Global Environment since World War II." This project blends the history of toxicology and international environmental politics to consider the struggle for epistemic clarity in and between science and policymaking. His second project, titled "The History of Now: Decoding Environmental Sustainability," traces the political and intellectual histories of the sustainability idea as a means of understanding the nature and context of sustainable development. His broader interests include science activism and scientists' roles in producing a vernacular science to explain the environmental crisis. This ongoing work proposes to illuminate a critical and under-appreciated angle of the history of environmentalism while also highlighting one of the most significant developments in the history of science since World War II. Finally, he is starting work on a new and diverse project that examines the bicycle in environmental history.

In addition to his work in the History Department, Dr. Egan is also a faculty supervisor in the Health Policy Ph.D. program, and an instructor in the Arts & Science program, where he offers a course on technology and society. Beyond McMaster, he is the director of the Sustainable Future History Project, a cabal of early-career scholars and professionals across North America, trained in environmental history or some related field and concerned about contemporary environmental issues. In that context, he is the series editor of “History for a Sustainable Future,” a new book series with the MIT Press, which solicits short monographs on the history of contemporary environmental problems. He also blogs about teaching and research at EganHistory.com. You can also find him on Twitter: @EganHistory.