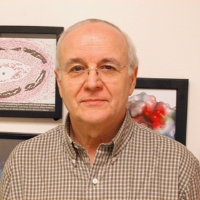 Infectious and inflammatory diseases are highly prevalent in all Canadians. The mammalian Toll-like receptors (TLRs) are one of the families of sensor receptors that recognize pathogen-associated molecular patterns (PAMPs). Not only are TLRs crucial sensors of microbial (e.g., viruses, bacteria a...

Infectious and inflammatory diseases are highly prevalent in all Canadians. The mammalian Toll-like receptors (TLRs) are one of the families of sensor receptors that recognize pathogen-associated molecular patterns (PAMPs). Not only are TLRs crucial sensors of microbial (e.g., viruses, bacteria and parasite) infections for innate immune cells, they also play an important role in the pathophysiology of infectious, inflammatory and autoimmune diseases. Thus, the intensity and duration of TLR responses against infections and inflammatory diseases must be tightly controlled. It follows that understanding the structural integrity of sensor receptors, their ligand interactions and signaling components is essential for subsequent immunological protection. It would also provide important opportunities for disease modification through sensor manipulation.

Although the signaling pathways of TLR sensors are well characterized, the parameters controlling interactions between the sensors and their ligands still remain poorly defined. We have recently identified a novel mechanism of TLR activation by its natural ligand, which has not been previously observed (Amith et.al. 2009 Glycoconj J). It suggests that ligand-induced TLR activation is tightly controlled by Neu1 sialidase activation. Our data indicate that Neu1 sialidase is already in complex with TLR-2, -3 and -4 receptors, and is induced upon ligand binding to either receptor. Activated Neu1 sialidase then hydrolyzes sialyl a-2,3-linked ß-galactosyl residues distant from ligand binding to remove steric hinderance to TLR-4 dimerization, MyD88/TLR4 complex recruitment (Amith et.al. 2009 Cell Signaling), NFkB activation and pro-inflammatory cell responses (Amith et.al. 2009 Glycoconj J). What we don’t yet understand is how Neu1 is activated following TLR ligand binding. We know that neuraminidase inhibitor Tamiflu (oseltamivir phosphate) blocks TLR ligand induced NFkB activation, nitric oxide (NO) production and pro-inflammatory cytokines (Amith et.al. 2009 Glycoconj J). Evidence in the literature suggests that G-protein coupled receptors (GPCR) and the specific induction of matrix metalloproteinases (MMP) also play critical roles in regulating macrophage function. Is it possible that GPCR-signaling and MMP induction may play a critical role in activating Neu1 in complex with TLR? Our preliminary data to date suggest that TLR ligand binding induces a receptor conformational change to mediate GPCR-signaling via membrane Gai-proteins and matrix metalloproteinase-9 (MMP-9) to activate Neu1.

Although the precise relationship between Neu1 sialidase and sensor receptor activation has yet to be fully elucidated, it would represent a new or pioneering approach to cell regulation pathways. The potential significance of this concept is two-fold. Firstly, if Neu1 sialidase activation by sensor ligands is a requisite intermediate in the dimerization and activation of these receptors, the findings would be highly significant to the entire field of receptor-mediated cellular regulation, pathophysiology of infectious diseases, inflammatory and autoimmune diseases. Secondly, the finding that the regulation of the glycosylation of TLRs modulates its activities has immense potential for use as research tools or even in therapeutic regulation of TLR bioactivity and cellular signaling.