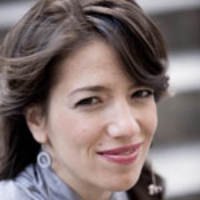 Pascale Fournier is an Associate Professor and the Vice-Dean of Research at the Faculty of Law, University of Ottawa (Civil Law Section). Professor Fournier graduated from Law at Laval University (LL.B., 1997) and completed a Masters in Law at the University of Toronto (LL.M., 2000) and a Doctor...

Pascale Fournier is an Associate Professor and the Vice-Dean of Research at the Faculty of Law, University of Ottawa (Civil Law Section). Professor Fournier graduated from Law at Laval University (LL.B., 1997) and completed a Masters in Law at the University of Toronto (LL.M., 2000) and a Doctorate in Law at Harvard University (S.J.D, 2007). She is a former Trudeau and Fulbright Scholar, and clerked for the Honourable Claire L'Heureux-Dubé of the Supreme Court of Canada (2000-2001).

Pascale has taught law at the Université d’État d’Haïti, McGill University, the University for Peace in Costa Rica and the Institute for Research on Women’s Rights in Iran. In 2008, she served as an expert consultant to the United Nations Development Programme on the issue of equality rights of Muslim women in Tunisia, Egypt, Malaysia and Nigeria. Since 2011, she serves on the Younger Comparativists Committee of the American Society of Comparative Law.

Professor Fournier’s research and teaching activities relate to human rights, Islam and Judaism in Europe and North America, the rights of children, criminal law, as well as cultural diversity and comparative family law. Professor Fournier is currently completing four research projects: as a principal researcher funded by the Social Sciences and Research Council of Canada (SSHRC), she explores the relationship between religious and civil divorce for Jewish and Muslim women from so-called "secular" countries through interviews conducted in Canada, Germany, France and England; as a SSHRC-funded co-researcher, she is exploring the same topic through interviews conducted in the religious context of Israel; as a co-organizer (with Valérie Amiraux) of a conference to be held at the Oñati International Institute for the Sociology of Law (Spain), she adopts an interdisciplinary perspective to understand the issues surrounding the regulation of the veil in Western countries; and as co-editor (with Patrick Healy) of a special issue of the Canadian Criminal Law Review, she seeks to analyze how contemporary social and legal discussion addresses "honor killings".

Pascale Fournier received the Raymond-Blais medal of the Université Laval (2008), the distinction of Advocatus Emeritus (Ad.E.) of the Quebec Bar (2009), the President’s Excellence in Media Relations Award of the University of Ottawa (2011) and the Fulbrighter of the Month distinction (November 2011). A number of her contributions, which have been published in Canada, the United States, England, Holland, Germany and France, have been awarded by the Harvard-Stanford International Junior Faculty Forum (2008), the Foundation of the Quebec Bar in the “legal manuscript” category (2009) and the Canadian Association of Law Teachers ("Honorable Mention"/Best Legal Essay: 2010). Her book, Muslim Marriage in Western Courts: Lost in Transplantation, was published by Ashgate and released in 2010.