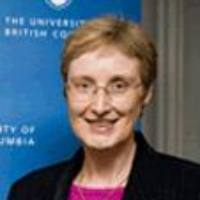 Patricia (Patsy) Duff is Professor of Language and Literacy Education at the University of British Columbia, working in the graduate programs in Teaching English as a Second Language and Modern Language Education primarily. She is also Co-director of the Centre for Research in Chinese Language an...

Patricia (Patsy) Duff is Professor of Language and Literacy Education at the University of British Columbia, working in the graduate programs in Teaching English as a Second Language and Modern Language Education primarily. She is also Co-director of the Centre for Research in Chinese Language and Literacy Education. An applied linguist, Patsy’s main scholarly interests at present are related to language socialization across bilingual and multilingual settings; qualitative research methods in applied linguistics (especially case study and ethnography and complementary approaches to classroom research); issues in the teaching and learning of English, Mandarin, and other international languages; the integration of second-language learners in schools, universities, and society; multilingualism and work; and sociocultural, sociolinguistic, and sociopolitical aspects of language(s) in education.

Patsy's recent books include Case Study Research in Applied Linguistics (Lawrence Erlbaum/Taylor & Francis, 2008), Inference and Generalizability in Applied Linguistics (co-edited with M. Chalhoub-Deville and C. Chapelle, 2006, John Benjamins), and Language Socialization (Vol. 8, Encyclopedia of Language and Education, co-edited by Nancy Hornberger, Springer, 2008); she has also co-edited two special issues for the Canadian Modern Language Review, on “Language and Work” (2000) and on “Indigenous, Heritage and Minority Language Education in Canada” (Fall 2009). Her articles and chapters have also appeared in many of the top journals in applied linguistics and second language education nationally and internationally and in several dozen books.

She has served on the editorial boards of many journals (e.g., Modern Language Journal, Canadian Modern Language Review), currently Applied Linguistics, the Annual Review of Applied Linguistics, Chinese Language and Discourse, Classroom Discourse, TESL Canada Journal and journals in Korea and Thailand. She edited the Research Issues section of the TESOL Quarterly for 12 years, chaired the Research Advisory Committee of The International Research Foundation for English Language Education (TIRF) for six years, and has long been involved with the American Association for Applied Linguistics. She previously served as Director of Modern Language Education and as Director (and founding member) of the UBC Centre for Intercultural Language Studies for several years.

Patsy has worked in many different contexts. She taught English in Korea, Japan, Canada, and the United States (in the 1980s especially); she taught applied linguistics in a graduate program in China for a year (1986-87) and has taught short applied linguistics courses elsewhere in recent years; she has conducted research in Central Europe, East Asia, and North America (ongoing); and she has given invited lectures in many other parts of the world--e.g., as a Visiting Scholar/Professor/Colleague/Lecturer/Scholar in Residence at Monash University (Australia); the American University in Cairo; Teachers College, Columbia University; the University of Pecs (Hungary); the University of Hawaii; OISE/University of Toronto; Penn State University; Temple University, Japan; and Carnegie Mellon University (US).