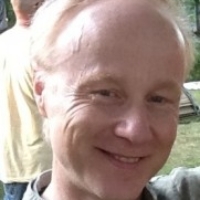 I spent my formative years in Africa, was educated in England, and received postdoctoral training at NIMH (Bethesda, USA) and UBC (Vancouver, Canada).

Overview: We are mainly interested in how drugs affect brain function, and more particularly why drugs such as nicotine, amphetamine and ...

I spent my formative years in Africa, was educated in England, and received postdoctoral training at NIMH (Bethesda, USA) and UBC (Vancouver, Canada).

Overview: We are mainly interested in how drugs affect brain function, and more particularly why drugs such as nicotine, amphetamine and cocaine are so addictive. Here, forebrain dopamine is a key player, but exactly what sort of message is conveyed by dopamine is unclear. For example, some neuropharmacologists believe that dopamine plays a specialized role in reward, while others envisage a more general role in helping the organism react to biologically important stimuli.

Dopamine and behaviour: Several drugs of abuse boost dopaminergic transmission, and this action underlies their rewarding and arousing effects. We have shown that these behavioral effects can be differentiated anatomically, in the sense that they occur in different dopamine-innervated parts of the forebrain. We therefore hypothesize that dopamine may serve several different functions, depending critically on the precise brain area where it is released. Hence, dopamine would have very different effects in caudate-putamen vs. nucleus accumbens vs. olfactory tubercle. We are exploring this idea using a combination of behavioural and neurochemical approaches in lab rats (e.g. intravenous self-administration, conditioned place preference, lesions, and - coming soon - in vivo voltammetry).

Nicotine and tobacco addiction: Among addictive drugs, nicotine is especially puzzling since it does not always appear particularly rewarding in animal models. We think standard animal models may not fully capture the effects of nicotine that motivate tobacco smoking in humans, and we are trying to create new ones. For example, we have recently developed a novel nicotine self-administration procedure which we believe may provide a better model of nicotine delivery as experienced by cigarette smokers; we are using this new procedure in order to examine afresh how nicotine serves as a reinforcer. We are also investigating other chemicals in tobacco smoke that could potentially contribute to tobacco addiction. Furthermore, we have also discovered a drug that blocks nicotine's central actions for several months – not a "cure" for smoking, but a start perhaps.

Rat ultrasonic vocalizations: Rats seem silent to us, but they are in fact quite vocal - but at frequencies beyond our hearing range. The ultrasonic (20-70 kHz) vocalizations made by adult rats are remarkably varied in their acoustic properties, suggesting that they may convey quite complex information. Of course, we would very much like to know what these calls mean, and whether they can be of use in animal models of human disorders such as drug addiction, depression and anxiety.