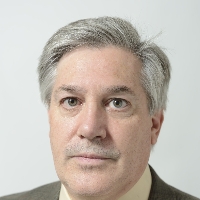 Dr. Peter Szynkowicz has been a clinical instructor at the University of Bridgeport College of Chiropractic outpatient clinic since July 2007. He earned his BS in Biology from Fordham University in 1982. In 1983, Dr. Szynkowicz conducted, and subsequently published, research regarding experimenta...

Dr. Peter Szynkowicz has been a clinical instructor at the University of Bridgeport College of Chiropractic outpatient clinic since July 2007. He earned his BS in Biology from Fordham University in 1982. In 1983, Dr. Szynkowicz conducted, and subsequently published, research regarding experimental drugs which held promise in ameliorating the symptoms exhibited by Alzheimer‰Ûªs patients. A member of PHI CHI OMEGA, Dr. Szynkowicz graduated cum laude from NYCC in December 1986 and is licensed in the states of New York and Connecticut. Prior to his joining the faculty at UBCC, he served the town of Hebron as a sole provider in private practice for 21 years.

In 1989, Dr. Szynkowicz earned the designation of Certified Chiropractic Sports Physician; then in 1999, Diplomate of the American Chiropractic Board of Sports Physicians. A member of the Nutmeg State Games medical staff from 1995 through 2007, Dr. Szynkowicz also served on the medical staff of the 1995 Special Olympics World Games. Prior to selling his practice in 2007, Dr. Szynkowicz was the medical advisor for Patti Dunne's School of Gymnastics and Tae San Tae Kwon Do Academy, both located in Hebron, CT. In August 2006, Dr. Szynkowicz was certified to perform Manipulation Under Anesthesia. Dr. Szynkowicz has had staff privileges at Saint Mary's Hospital in Waterbury, CT since 2007. Dr. Szynkowicz is certified to perform Peer Reviews and IMEs, working part time for the insurance industry since 1998. He has served on various CCA committees, as the Secretary of the CCA, and on the Credentialing Committee for ConnectiCare. Dr. Szynkowicz is a member of the UB Sports Medicine Staff and is the only chiropractic physician working with the UB NCAA student athletes. In 2012, he earned an MS in Human Nutrition from UB during the spring semester. Since 2013, Dr. Szynkowicz has been providing chiropractic care to chronic pain patients in the CHC multidisciplinary clinic in Danbury, CT. During the summer of 2013, Dr. Szynkowicz became a Certified Medical Examiner for the US Department of Transportation and is listed on the national registry. In September 2013, Dr. Szynkowicz completed the necessary requirements for the ICCSP, which now allows him to treat athletes competing internationally.