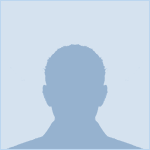 I have worked in a variety of fields of theoretical physics. These include:

Quark models. Sundaresan and I made the first relativistic calculation of bound states in a quark mode...

I have worked in a variety of fields of theoretical physics. These include:

Quark models. Sundaresan and I made the first relativistic calculation of bound states in a quark model, using the Bethe-Salpeter equation. This led to a series of papers by Mitra and collaborators, which developed the ideas into a workable phenomenology. I later worked on meson phenomenology and the consequences of QCD for low energy nuclear physics, in particular hadronic states inside nuclear matter. Most recently I have been looking at hybrid states in collaboration with Frank Close.

Muonic atoms. The theory of muonic atoms relies on QED, but in a rather different regime from where it is normally tested. For some years there was a discrepancy between theory and experiment. The work done with Sundaresan was the first to find a serious mistake in earlier theory, but still left an irreducible discrepancy. This was ultimately cleared up through a further experiment by Carleton-NRC group performed at SREL. Techniques developed in the muonic atom calculations were useful in problems with other exotic atoms: in particular one of these led to the best determination (for the time) of the pion mass .

Higgs Phenomenology: The muonic atom discrepancy led to the suggestion that it could be due to the Higgs interaction: at the time there were no limits on the Higgs mass, and there was the possibility that it could be very light. This led to the first paper on Higgs phenomenology, which has been widely quoted , and in particular was first to calculate the two-photon decay of the Higgs. It also led to a direct experimental search for the Higgs in 0+ -> 0+ nuclear transitions. Subsequent work looked at muon-number violating effects in the Higgs sector.

Broken Colour models. It has usually been assumed that the breaking of SU(3) colour symmetry lead to free quarks. This is not correct. An intriguing problem, which led to a considerable speculation, was the apparent observation of anomalous nuclei. In a series of papers with various collaborators, I looked at various aspects of the problem, including models based on broken colour. One of these, in particular, predicted that there would be non-colour singlet, integrally charged states of nuclei that could be observed in light nuclei, such as the deuteron. . This led ultimately to an experimental search, with negative results, which helped to disprove the original observations. Another possibility is that, even though quarks are confined, gluons could be unconfined, and would be observable in LEP experiments. The phenomenology of free gluons is quite distinctive, and lead to specific predictions which allow a search to be made. This was done at OPAL , in 1991, with (needless to say) negative results.

Nuclear Matter: Traditional nuclear physics has never provided a satisfactory model for nuclear matter, since it relies on a very large number of somewhat ad-hoc interactions. In principle one should be able to perform the calculation in a purely QCD-based formulation. The calculations was partly successful in that it predicts the increase in nuclear size which is usually understood to be the explanation of the EMC effect, however, it does not predict nuclear binding correctly. It offers intriguing hints that there may be phenomena in nuclei that can be predicted on the basis of quark models but cannot be understood on the basis of conventional nucleon-based models. These include the possibility of distorted nucleons, modified magnetic moments in nuclear matter and the analog of a liquid crystal phase in very dense nuclear matter.

Neutrino phenomenology. An attempt to find a manner in which the neutrino mass could be measured led to a prediction of an effect which arises because of the resonant exchange of neutrinos. This has clear and remarkable physical consequences that nuclei connected by a b-decay can exchange positions in space. An interesting possibility is that apparently empty space could be optically active, (in the same sense as a sugar molecule), arising from a neutrino sea. Regrettably the effect lies well below the current level of observability. Recently I have been examining limits on non-standard neutrino interactions and looking at possible candidates for the high energy cosmic radiation observed from Cygnus X-3, and observational aspects of superconducting cosmic strings.

Applied Projects. The requirement of high fluxes of stopped particles from intermediate energy accelerators (such as TRIUMF) led to the concept of the Slowdownatron. Another idea led to the construction of a device to measure the rate of heat flow through the wall of a house (the Insulometer). Although the device worked, it was not sufficiently reliable to be a marketable idea. I have worked on a liquid filled electrostatic motor, and have written extensive programs to optimize the design. I have supervised some work by students on modeling hyperthermia treatment in medical physics.

The Bouncing Neutron. Ultra-cold neutrons are totally reflected from certain metals. This implies the existence of a quantised "bouncing neutron" system, with some most unusual properties. It was first observed by Valery Nesvizhevsky (Nature 415,297 (2002).) The ground state has an energy E0 = 1.4x10-12 eV and a "bounce height" (the equivalent of a Bohr radius) of 13.7μ. Besides the obvious intrinsic interest of such an unusual state, there is the possibility of using it to set a better limit on the neutron electric dipole moment (EDM), which is a well-known test of time-reversal invariance, and investigating the short distance behavour of gravity. To perform systematic experiments, the lowest state must be isolated. An interesting possibility is the "quantum centrifuge" which appears to allow neutrons in the ground state to be isolated from all other states.

SNO: I am currently a member of the SNO collaboration, where my principle interest is in possible neutrino signals fo astrophysical sources such as γ-ray bursters and pulsars.