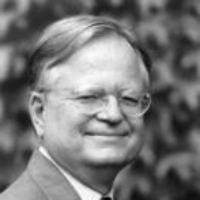 Robert Blackwill is Henry A. Kissinger senior fellow for U.S. foreign policy at the Council on Foreign Relations (CFR). His current work focuses on American foreign policy writ large as well as China, Russia, the Middle East, South Asia, and geoeconomics. Ambassador Blackwill served as counselor to CFR in 2005.

Most recently, Ambassador Blackwill was senior fellow at the RAND Corporation in Santa Monica, California, from 2008 to 2010, after serving from 2004 to 2008 as president of BGR International, a Washington consulting firm. As deputy assistant to the president and deputy national security advisor for strategic planning under President George W. Bush, Ambassador Blackwill was responsible for government-wide policy planning to help develop and coordinate the mid- and long-term direction of American foreign policy. He also served as presidential envoy to Iraq, and was the administration's coordinator for U.S. policies regarding Afghanistan and Iran.

Ambassador Blackwill went to the National Security Council (NSC) after serving as the U.S. ambassador to India from 2001 to 2003, and is the recipient of the 2007 Bridge-Builder Award for his role in transforming U.S.-India relations. Prior to reentering government in 2001, he was the Belfer lecturer in international security at Harvard University's John F. Kennedy School of Government. During his fourteen years as a Harvard faculty member, he was associate dean of the Kennedy School, where he taught foreign and defense policy and public policy analysis. He was faculty chair for executive training programs for business and government leaders from Saudi Arabia, Kuwait, the Palestinian Authority, Israel, and Kazakhstan, as well as military general officers from Russia and the People's Republic of China. From 1989 to 1990, Ambassador Blackwill was special assistant to President George H.W. Bush for European and Soviet affairs, during which time he was awarded the Commander's Cross of the Order of Merit by the Federal Republic of Germany for his contribution to German unification.

He is a member of the Council on Foreign Relations, the International Institute for Strategic Studies, the Trilateral Commission, and the Aspen Strategy Group; and on the board of Harvard University's Belfer Center for Science and International Affairs.