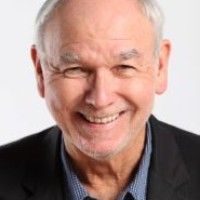 I am a historian, writer and journalist living in Ottawa, Canada's capital, where I write a weekly wine column for the city's main daily newspaper, the Ottawa Citizen. While mainly engaged as a professor of history at Carleton University (teaching courses in the history of Europe and the history...

I am a historian, writer and journalist living in Ottawa, Canada's capital, where I write a weekly wine column for the city's main daily newspaper, the Ottawa Citizen. While mainly engaged as a professor of history at Carleton University (teaching courses in the history of Europe and the history of food and drink), I write books on wine, contribute to wine magazines and other media in Canada, the United States and Europe, and judge in wine competitions. I also publish two free electronic newsletters: Winepointer and Worlds of Wine, both of which you can subscribe to on this site.

I was born in Auckland, New Zealand and, despite winning third prize in a Temperance Society contest when I was eight years old, I developed an interest in wine while a teenager. I still have classic wine books I bought when I was 16 or 17. I visited local wineries and found an accommodating wine merchant who was willing to sell me wine, even though I was under the legal drinking age.

By the time I was 18 (below the legal age for serving wine) I became what was then called the “wine steward” at one of the few licensed restaurants in Auckland. The highlight was serving wine at a social event for police officers—none of whom seemed interested in asking me for proof of age. I also built up a small personal cellar, which my friends and I consumed (including two bottles of 1951 Château La Tour-Carnet) before I emigrated to Canada at the age of 19.

I maintained a lively, amateur interest in wine while studying history in Canada (B.A.), back in New Zealand (M.A.), and in the United Kingdom and France (Ph.D.). I developed an expertise in the history of the family, wrote several academic books on marriage and divorce, a textbook on 20th-century Europe, and since 1996 have been the editor of the leading academic journal in the field. I was a professor of history in New Zealand and at two universities in Canada, before settling in Ottawa in 1989, and I've been a visiting academic at universities in Australia, the U.K., Sweden, and the U.S.

In the late 1990s, I combined my passions for history and wine and wrote A Short History of Wine, which was published by Penguin Books in the U.K. (2000), HarperCollins in the U.S. (2001), and in six foreign languages. In 2006, I published Ontario Wine Country (Whitecap Books) and, in 2007, I co-authored The 500 Best-Value Wines in the LCBO 2008 (Whitecap Books), a guide to wines in Ontario's provincial liquor stores. I wrote the 2009 edition myself, and will do so annually from now on.

I've contributed to a range of wine publications, including Vines, Wine Access, and Tidings (Canada), Wine Spectator (U.S.), and The World of Fine Wine (U.K.), as well as to style publications such as NUVO. I'm now a regular contributor of articles and wine reviews to Vines and to The World of Fine Wine, where I'll publish a series of articles in 2009 and 2010. I've also written entries on wine for several encyclopedias, including The Encyclopedia of Food and Culture and Alcohol and Temperance in Modern History.

Among my other wine-related activities, I initiated and was on the first organizing committee of the Bacchus conferences, now held alternately at Brock University (Ontario) and the University of Dijon. I also curated the Canadian section of an exhibition on the history of wine at the Canadian Museum of Civilization in Gatineau (across the river from Ottawa) in 2004-05. For my trouble, I was named “Wine Person of the Year, 2000,” by the National Capital Sommelier Guild, and “Wine Journalist of the Year,” at the 2007 Ontario Wine Awards.

I give wine classes from time to time and often give presentations at charity events. I also travel when I can and, in the last 12 months or so, I've visited wine regions in Italy, France, and California, as well as Canada. During 2009 I'll be visiting France, Italy, New Zealand (to judge in the International Chardonnay Challenge), and other regions.

My current activities include my Ottawa Citizen column and my newsletters, wine judging, wine travel, and writing. I'm completing a global history of alcohol (to be published by The University of North Carolina Press), and in April 2009 I'll again taste more than 1500 wines for the 2010 edition of The 500 Best-Value Wines in the LCBO.