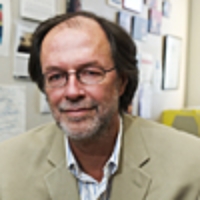 Ronald Barr is the Head of the Developmental Neurosciences and Child Health research group at the Child and Family Research Institute at BC Children's Hospital and the University of British Columbia in Vancouver, as well as a Fellow in CIFAR's Experience-based Brain & Biological Development Progr...

Ronald Barr is the Head of the Developmental Neurosciences and Child Health research group at the Child and Family Research Institute at BC Children's Hospital and the University of British Columbia in Vancouver, as well as a Fellow in CIFAR's Experience-based Brain & Biological Development Program. He is also a Professor of Pediatrics at the University of British Columbia, a Canada Research Chair in Community Child Health Research, an Associate with the Groupe de recherche sur l'inadaptation psychosociale chez l'enfant (GRIP) at the University of Montreal, and formally Adjunct Professor of Pediatrics at McGill University. Until 2002, he was a McGill University Professor of Child Development. Dr. Barr is also a member of the International Advisory Board of the National Center on Shaken Baby Syndrome (Farmington, Utah).

Dr. Barr was a member of CIFAR's Human Development Program, which concluded in 2003. He was director of the Experience-based Brain and Biological Development Program in its first five year cycle, and continues as a Fellow in the program. Which was launched in the same year to explore the core question, “How do differential social experiences ‘get under the skin’ to affect biological systems and set early trajectories in human development and health?” This fundamental, cross-disciplinary challenge was raised as CIFAR’s Population Health and Human Development Programs made significant advances in understanding the factors that influence people’s lifelong healthy development.

Dr. Barr holds a B.A. from Bishop's University in Lennoxville, Quebec (1965), an M.A. from the University of Toronto (1967), and an M.D.C.M. from McGill University (1973). After a year each as an Intern and Resident in Pediatrics at the Montreal Children's Hospital, he became a Fellow in Clinical Medicine at the Children's Hospital Medical Center and Harvard Medical School in Boston. He joined McGill's Department of Pediatrics in 1978 and the Department of Psychiatry in 1991. In 1985-86, he was also a Research Associate in the Department of Anthropology at Emory University in Atlanta, Georgia, and from 1986-90 was an Affiliate Scientist in that university's Yerkes Regional Primate Center. In 2000-2001, he was a Fellow of the Center for Advanced Study in the Behavioral Sciences at Stanford.

Among his numerous professional appointments, Dr. Barr was an elected member of the Governing Council of the Society for Research in Child Development and the Executive Council of the International Society for Infant Studies. His is past president of the Society of Developmental and Behavioral Pediatrics. He was previously an Associate Editor of Child Development and currently serves on the editorial boards of several other academic journals. In Spring 2001, Dr. Barr received the Ambulatory Pediatric Association's Research Award in recognition of his contributions in advancing pediatric knowledge through excellence in research.