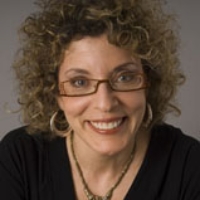 Shana Poplack, FRSC is a leading proponent of variation theory, the approach to language science pioneered by William Labov. She has extended the methodology and theory of this field into bilingual speech patterns, the prescription-praxis dialectic in the co-evolution of standard and non-standard...

Shana Poplack, FRSC is a leading proponent of variation theory, the approach to language science pioneered by William Labov. She has extended the methodology and theory of this field into bilingual speech patterns, the prescription-praxis dialectic in the co-evolution of standard and non-standard languages, and the comparative reconstruction of ancestral speech varieties, including African American Vernacular English.

She is a Distinguished University Professor in the linguistics department of the University of Ottawa, where she directs the Sociolinguistics Laboratory and holds the Canada Research Chair in Linguistics. Born in Detroit, Michigan, and raised in New York City, she studied at Queens College and New York University, then lived in Paris for several years, studying with André Martinet at the Sorbonne before moving to the University of Pennsylvania, where she took her PhD (1979) under Labov's supervision.

During three years as a researcher at the Centro de estudios puertorriqueños, City University of New York, her studies of code-switching among Puerto Ricans in New York[2] initiated her characterization of universal patterns of intrasentential language mixing, and demonstrated that fluent code-mixing is a bilingual skill rather than a defect. Over three decades, she made numerous contributions to the understanding of bilingual syntax in social context, many involving typologically contrasting language pairs.

In 1981 Poplack moved to the University of Ottawa, where she assembled, transcribed and concordanced a “mega-corpus” of conversations among French speakers in the Canadian capital region, providing her and many other researchers with an extraordinary research resource on modern vernacular French.[4]

Poplack's analyses of vernacular varieties of New World Spanish, Canadian French and English and Brazilian Portuguese[8] are characterized by skepticism towards standard explanations of variation and change based on language simplification or external influences, in favor of historical and comparative studies of internal evolution.

Poplack's work on the origins of African American Vernacular is based on evidence from elderly descendants of American slaves recorded during fieldwork in isolated communities in the Samaná peninsula (Dominican Republic) and in Nova Scotia. This showed widespread retention of syntactic and morphological features (including the entire tense and aspect system) from earlier British and colonial English, contrary to previous theories attributing such features to a widespread early American creole.

Current projects (2008) focus on contact-induced change in English as a minority language and the role of the school in impeding linguistic change.