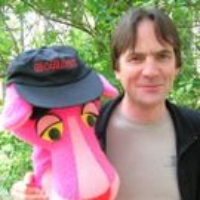 My undergraduate education was at Trinity College, Dublin in Ireland where I received a geography degree from the faculty of natural sciences. While there in the late 1970s I was once chair of the Dublin University Geographical Society, did research on traffic planning issues in my native city o...

My undergraduate education was at Trinity College, Dublin in Ireland where I received a geography degree from the faculty of natural sciences. While there in the late 1970s I was once chair of the Dublin University Geographical Society, did research on traffic planning issues in my native city of Cork, and was also involved in the successful campaign against plans to build a nuclear power reactor on Carnsore Point in the South East of Ireland.

My Master's degree came from the University of Victoria in British Columbia where I went to study the planning processes that lead to such odd policy decisions as recommendations to build nuclear power plants in places like Ireland! My lengthy MA thesis was an historical and sociological analysis of the protest movement against nuclear power using the Irish case as an example of green politics. (Researchers please note, my complete archive of materials from this episode in Irish environmental and political history was donated to the University of Limerick Library in Ireland).

I went on to do my Ph.D. at Simon Fraser University in 1983 when the second cold war looked especially dangerous. It was in the days Ronald Reagan made speeches about the evil empire and launched his Star Wars "strategic defence initiative," and when the Soviet airforce shot down flight KAL007 in suspicious circumstances over Sakhalin Island. Leaving aside my interests in green politics once again my academic research was directed to grappling with an important contemporary issue. I wrote a dissertation on the reconstruction of the Soviet threat by intellectuals in Washington in the late 1970s. The dissertation worked out an approach to geopolitical discourse which has subsequently shaped many of my writings on "critical geopolitics." It was revised and published by Pinter in London and Guilford in New York in 1990 as Creating the Second Cold War.

Before I moved to Carleton in 1993, I taught at both Vancouver Community College and Douglas College in New Westminster and spent two more years at Simon Fraser University on Barton research fellowships from the (now, alas, defunct) Canadian Institute for International Peace and Security. These fellowships allowed me to extend my critical geopolitics research by looking at the identity politics in the ANZUS alliance, and to develop my thinking on the concept of security, and specifically the emergent discourse of environmental security, in the early 1990s.

Since coming to Carleton I have taught political geography courses in the geography department and I have extended my research on both critical geopolitics and environmental security to consider, among other things, the contemporary debates about globalization. I have worked on a project to examine the politics of community in facing environmental threats of various kinds. Field work data from Cape Breton was analysed in conjunction with my colleague Fiona Mackenzie's research on the Island of Harris in Scotland.

Most recently my concerns with geopolitics and environment have converged in considerations of globalization and the current debate about American foreign policy and the theme of empire. Over the next few years I plan to work on the current Bush Administration's military policies and the "imperial" themes in the debates about the war on terror, national missile defense and the invasion of Iraq, as well as the global patterns of consumption which relate to what these military strategies supposedly render secure.