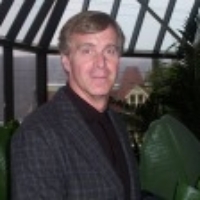 Dr. Stephen Tomblin is a full professor in the Department of Political Science and Medicine (Community Health) at Memorial University of Newfoundland. In addition to administrative service in the political science department, Tomblin has served as the Principal Investigator for the Atlantic Regio...

Dr. Stephen Tomblin is a full professor in the Department of Political Science and Medicine (Community Health) at Memorial University of Newfoundland. In addition to administrative service in the political science department, Tomblin has served as the Principal Investigator for the Atlantic Regional Training Centre. As the result of a Canadian Health Services Research Foundation Career Renewal Award, Tomblin has begun linking earlier research on regionalization (dealing with economic development, continentalism and other cross-border issues) with health restructuring developments, including efforts to devolve power on a regional basis. . It is worth noting that Tomblin, collaborated with Wade Locke in researching and writing a paper on Cape Breton Governance that was sponsored by the Cape Breton Regional Municipality. This paper spawned an entire conference that was organized into panels of decision-makers and experts that discussed the reports findings. It was called the Cape Breton Governance Conference. The event was organized by the Community Economic Development Institute (CED), University of Cape Breton, under the auspices of the Cape Breton Island Branch of the North American Program (NAIP) and took place at UCCB, June 17-19, 2004.

Tomblin has published widely on the issue of regional integration. In 1995, he authored Ottawa and the Outer Provinces: The Challenges of Regional Integration in Canada, published by Lorimer Press. He also co-edited and contributed to Regionalism in a Global Society: Persistence and Change in Atlantic Canada and New England, published by Broadview Press. He has been a frequent media contributor and produced discussion papers for the Romanow Commission and the Newfoundland and Labrador Royal Commission on Renewing and Strengthening Our Place in Canada. Both of these were peer- reviewed and the Romanow discussion paper has been published by University of Toronto Press. Tomblin has benefitted from participating in various collaborative/interdisciplinary research projects. These include: Social Sciences and Humanities Council (SSHRC) - sponsored Challenges and Opportunities of the Knowledge-based Economy in Newfoundland and Labrador; SSHRC- Natural Science and Engineering Research Council of Canada (NSERC) - sponsored Coasts Under Stress Project; Canadian Health Services Research Foundation (CHSRF) Health Human Resources Study; SSHRC-sponsored Multilevel governance and public policy in Canadian municipalities project; and Canadian Institutes of Health Research-sponsored health care reform project. Each of these projects has a restructuring/regionalization component. Tomblin is also part of a newly designated WHO Collaborating Centre Health Workforce Planning and Research Team, located in Dalhousie. This has provided an opportunity to learn about the challenges of health policy reform in dissimilar historical, institutional, cultural, and political contexts, including in Brazil, Jamaica, and Zambia.