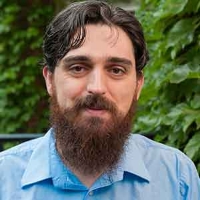 
Thibaut d’Hubert’s research focuses on premodern Bengali literature. He studied Bengali and Persian at the Institut National des Langues et Civilisations Orientales (INALCO, Paris), from which he obtained his M.A. He was also trai...


Thibaut d’Hubert’s research focuses on premodern Bengali literature. He studied Bengali and Persian at the Institut National des Langues et Civilisations Orientales (INALCO, Paris), from which he obtained his M.A. He was also trained in Sanskrit at the department of Indian Studies, Paris 3 Sorbonne Nouvelle. He completed his Ph.D. at the fourth section (Historical and Philological Sciences) of the École Pratique des Hautes Études (EPHE) in Paris in 2010. His dissertation analyzed the poetics of the works of Ālāol (fl. 1651-71), a prolific author who translated poetry from Hindavi (/Avadhi) and Persian into Bengali. Thibaut is also an associate researcher of the UMR 7528 Mondes iranien et indien (Paris) and he was a fellow of the Zukunftsphilologie program (Berlin) during the academic year 2013-14.Thibaut’s main field of research is the literary history of Bengal. His interests include Indic and Perso-Arabic poetics, Middle Bengali philology, scribal practices, traditional South Asian hermeneutics, literary multilingualism, and the history of translation. Alongside critical editions of various premodern Bengali, Sanskrit, and Persian texts, he is currently working on a book project about Ālāol and Bengali poetics, titledIn the shade of the Golden Palace: Ālāol (fl.1651-1671), a Bengali Poet between Worlds. With Alexandre Papas (CNRS/CETOBAC, Paris), he organized a multidisciplinary project on the reception of the works of the Persian polymath of Herat, ʿAbd al-Raḥmān Jāmī (1414-1492) (see links below).Thibaut’s next project will look at the spread of Persian literacy in Bengal’s society during the late Mughal period and the formation of the literary idiom called dobhāṣī (also known as Musulmani Bengali) in the mid-eighteenth century in western Bengal. A related project, which Thibaut undertook within the framework of the online encyclopedia Perso-Indica and of the Zukunftsphilologie program, is titled “The Celtic Fringe and Early Orientalism in Bengal, ca. 1770–1790: Editing and analyzing the Indo-Persian texts of the Staatsbibliothek’s John Murray Collection.” It examines one of the largest private collections of Persian texts that had been brought back to Europe from Bengal in the final decade of the eighteenth century.