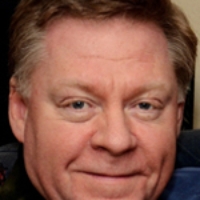 Torin Chiles (tenor) wears many hats. As a performer Mr. Chiles’ active performing career has spanned 20 years and his resume is replete with engagements from North American Symphonies and Opera Companies. He has recently been featured on CBC Television's Opening Night as McAlpine in the critic...

Torin Chiles (tenor) wears many hats. As a performer Mr. Chiles’ active performing career has spanned 20 years and his resume is replete with engagements from North American Symphonies and Opera Companies. He has recently been featured on CBC Television's Opening Night as McAlpine in the critically acclaimed new Canadian opera, Filumena. His operatic credits include: Count Almaviva and Pinkerton for the Opera Lyra at the National Arts Centre in Ottawa and for the Manitoba Opera Association, Pang for L'Opera de Montreal, Arizona Opera, Vancouver Opera Association, Calgary, Edmonton and the Manitoba Opera Association. He has played the Magician in the Consul for the Florentine Opera company in Milwaukee, the Manitoba Opera Association and twice for L'Opera de Montreal where he has also been featured as Bob Boles in their highly successful Peter Grimes. Other performances have included MacDuff in Winnipeg, Tom Rakewell and Rodolfo in Toronto. Mr. Chiles has often been featured on the CBC Saturday Afternoon at the Opera broadcasts as both artists and panelist. Over the past twenty years Mr. Chiles has performed for every major opera company in Canada and most Canadian orchestras.

Torin Chiles is also a seasoned performer of Operetta and Music Theatre repertoire. He has performed Gilbert and Sullivan roles for The Winnipeg Symphony, the Manitoba Opera Association, and the Festival of the Sound. He is also featured on a CBC SM5000 recording entitled A Gilbert and Sullivan Gala with the Winnipeg Symphony Orchestra under Bramwell Tovey. Mr. Chiles has performed Music Theatre "Pops" concerts with several Canadian orchestras including the Winnipeg Symphony, the Hamilton Philharmonic and the National Arts Centre Orchestra and he has portrayed Operetta roles such as: Orpheus in Orpheus in the Underworld for the Toronto Operetta Theatre (TOT), Camille in the Merry Widow for the Regina Symphony, the Windsor Symphony and TOT. Mr. Chiles has been involved with the development and premiers of new music, opera projects such as Luis Applebaum's Erewhon, John Beckwith's Taptoo, Timothy Sullivan's The Lady of the Lamp and recently John Estacio's Filumena.

As a pedagogue, adjudicator, examiner and clinician Mr. Chiles is in ever increasing demand. He has been a full-time voice faculty member at the Don Wright Faculty of Music at the University of Western Ontario since 2004, serving as the Voice Division Coordinator from 2006-2011, and he began his teaching career at UWO in 1999. Examining and Adjudicating have taken him across the continent since 1999. Mr. Chiles teaches the Vocal Pedagogy course at UWO and frequently presents public lectures and Voice Technique Workshops to groups as diverse as: the Alberta Music Teachers Association, NATS Ontario, Conservatory Canada, the interdisciplinary Music and Medicine series and the Schulich Faculty of Medicine at UWO. A NATS member since 1999, Mr. Chiles is the Past President of the Ontario Chapter of NATS (National Association of Teachers of Singing) and currently serves as District Governor.

Now residing in London, Ontario with his wife, Lesley and their two young sons (Nawton and Tennyson), Torin Chiles is the Director of Music for a thriving and exciting music ministry at New St. James Presbyterian Church in downtown London.