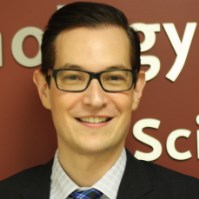 Dr. Trevor Hart is the Director of the HIV Prevention Lab. He holds a Research Chair in Gay and Bisexual Men’s Health from the Ontario HIV Treatment Network. Dr. Hart is currently conducting 4 studies, 3 of whom are intervention/therapy studies. The first intervention study is a randomized contr...

Dr. Trevor Hart is the Director of the HIV Prevention Lab. He holds a Research Chair in Gay and Bisexual Men’s Health from the Ontario HIV Treatment Network. Dr. Hart is currently conducting 4 studies, 3 of whom are intervention/therapy studies. The first intervention study is a randomized controlled trial (RCT) examining the use of motivational interviewing to improve sexual health and HIV/sexually transmitted infection prevention among HIV-positive gay and bisexual men. This study is being conducted in two sites: the AIDS Committee of Toronto and Positive Living British Columbia, in Vancouver. This intervention is called Gay Poz Sex, or GPS. The third study adapts the GPS program into a one-on-one counselling approach, and administers GPS to both HIV-negative and HIV-positive gay and bisexual men. He and his team members will be running this adapted program in 5 sites across the country. The third intervention/therapy study is a pilot study combining social anxiety treatment and HIV prevention for HIV-negative gay and bisexual men. He collaborates with researchers on several other projects, such as studies of non-monogamy, pre-exposure prophylaxis medications, combination HIV prevention, women-centred HIV care for women living with HIV, and use of the internet for HIV prevention among young gay and bisexual men.

Dr. Hart also holds a CIHR Team Grant in Boys’ and Men’s Health, which involves researchers in HIV prevention and community-based organizations across Canada. This project is a cross-sectional study of prevalent and recent infections of HIV and other sexually transmitted and blood-borne infections (STBBIs) among 2,100 gay, bisexual, and other men who have sex with men in Vancouver, Toronto, and Montreal. Recently, he and his team completed a CIHR-funded 3 time point study of protective factors and risk factors for condomless anal sex among 470 HIV-negative gay and bisexual men, and he is in the process of analyzing and disseminating the results of this study.

Dr. Hart received his doctorate in clinical psychology from Temple University. After graduate school, he completed a post-doctoral fellowship at Emory University School of Medicine, through which he received training at the Division of HIV/AIDS Prevention of the U.S. Centers for Disease Control and Prevention. He then worked for four years as an Assistant Professor at York University before joining the Department of Psychology at Ryerson in 2007. He has received several awards for his advancements to research and clinical work, including membership in the College of New Scholars, Arts, and Scientists of the Royal Society of Canada, Fellow of the Association for Behavioral and Cognitive Therapies (ABCT), and a recent Ryerson University Social Innovation and Action Research Award.