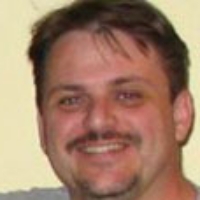 Prof. LeBlanc is an applied mathematician who works mainly in the analysis of dynamical systems, with emphasis on their bifurcations. Most of the classes of equations in which he is interested (e.g reaction-diffusion partial differential equations, delay-differential equations) are immediately re...

Prof. LeBlanc is an applied mathematician who works mainly in the analysis of dynamical systems, with emphasis on their bifurcations. Most of the classes of equations in which he is interested (e.g reaction-diffusion partial differential equations, delay-differential equations) are immediately relevant to neural and electrophysiological modelling. For reaction-diffusion partial differential equations, he is interested in the dynamics and bifurcations of spiral waves. In cardiac tissue, these waves are believed to be a precursor to several fatal types of arrythmias. LeBlanc and his collaborators Marty Golubitsky (U. Houston), Ian Melbourne (U. Surrey), Claudia Wulff (U. Surrey) and his students have used a dynamical systems approach to explain (and predict) many of the dynamical features of spiral waves. For delay-differential equations (DDEs), LeBlanc has been working on the construction of a bifurcation theory which exploits symmetries of the associated system. This theoretical work will be important to modellers who use DDEs, since one of the goals of this research program is to identify and classify the range of possible dynamics accessible from within the parameter space of a given DDE model.

Victor LeBlanc was born and raised in Dieppe, NB, Canada. He received an honours B.Sc. Physics from the Université de Moncton in 1989, and then moved on to the University of Waterloo on an NSERC 1967 Science and Engineering Scholarship, where he received an M.Math (1991) and Ph.D. (1995), both in Applied Mathematics. His M.Math. thesis (supervised by John Wainwright) dealt with a dynamical systems analysis of orthogonal spatially homogeneous cosmological models with perfect fluid and magnetic field sources. His doctoral thesis, which was supervised by William Langford, was on the analysis of the 1:2 resonant Hopf bifurcation in differential equations. He was awarded an NSERC Postdoctoral Fellowship, which he undertook at the University of Houston under the supervision of Marty Golubitsky. In 1996, he joined the Department of Mathematics and Statistics of the University of Ottawa as an Assistant Professor, and was promoted to Associate Professor in 2000. He has refereed papers for several of the most prestigious journals in dynamical systems: e.g. Physica D, Nonlinearity, Journal of Nonlinear Science, Journal of Differential Equations, SIAM Journal on Applied Dynamical Systems.