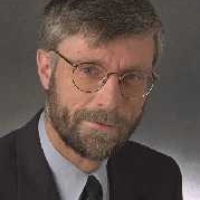 William D. Coleman holds the Canada Research Chair on Global Governance and Public Policy and is Founding Director of the Institute on Globalization and the Human Condition at McMaster University, Hamilton, Ontario, Canada. He was awarded the title of Distinguished University Professor in June 20...

William D. Coleman holds the Canada Research Chair on Global Governance and Public Policy and is Founding Director of the Institute on Globalization and the Human Condition at McMaster University, Hamilton, Ontario, Canada. He was awarded the title of Distinguished University Professor in June 2003. Born in Nelson, British Columbia, he received his B.A. from Carleton University and his M.A. and Ph.D from The University of Chicago. He has written five books: The Independence Movement in Quebec, 1945-1980 (Toronto: University of Toronto Press, 1984), Business and Politics: A Study in Collective Action (Montreal: McGill-Queen's University Press, 1988), (with Michael M. Atkinson) The State, Business and Industrial Change in Canada (Toronto: University of Toronto Press, 1989). This book was awarded the Charles H. Levine Prize for the best book in the fields of public administration and public policy by the Structure of Government Research Committee of the International Political Science Association. The two most recent books are Financial Services, Globalization and Domestic Policy Change: A Comparison of North America and the European Union (Basingstoke: Macmillan, 1996) and Agriculture in the New Global Economy (with Wyn Grant and Timothy Josling) (Edward Elgar: 2004) . In addition to these books, he has written articles dealing with Quebec politics, business-government relations, changes in agricultural policy, the making of financial services policy and globalization that have been published in journals in Canada, the United States and Europe. He has also edited three books in the public policy field. Finally, he is the co-editor and director of the Globalization and Autonomy Series of books that will be published by the University of British Columbia Press beginning in late 2007.

In 1996, he received the Konrad Adenauer Research Award from the Alexander von Humboldt-Stiftung in Bonn, Germany, awarded annually to a scholar in the humanities and social sciences in Canada. He used this award to pursue further research on agricultural policy in Germany and in the European Union. In January 2002, he was awarded a Major Collaborative Research Initiatives grant of 2.5 million dollars (CDN) from the Social Sciences and Humanities Research Council of Canada. Together with 40 colleagues from across Canada and another 43 from outside Canada, he is studying the relationships between “Globalization and Autonomy.” In May 2007, he was named a Fellow of La Fondation Trudeau/Trudeau Foundation

He is a 1994 winner of a Canada-wide 3M Teaching Fellow awarded by the Society for Teaching and Learning in Higher Education. In 1997, he was awarded an Ontario Confederation of University Faculty Associations Teaching Award. McMaster University awarded him the President’s Award for Educational Leadership in 2002.